You need to see these. 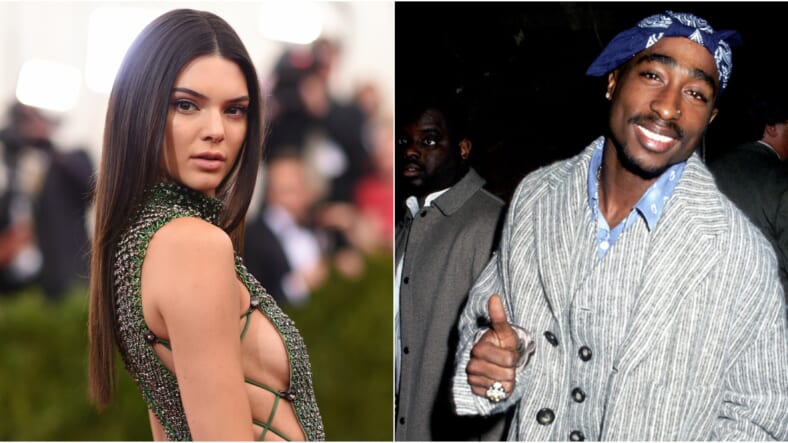 In April, Kendall Jenner starred in a much-maligned activist-themed Pepsi commercial, in which she mimicked Black Lives Matter protests for the purpose of selling a refreshing soft drink. The flagrantly tone-deaf commercial elicited a “Who told them this was a good idea?” response among many, including the satirists of Saturday Night Live.

Regrettably, Kendall may have just outdone herself.

Kendall and sister Kylie are being uniformly slammed online for the latest offering from their eponymous Kendall + Kylie line: “vintage” Tupac Shakur and Biggie Smalls T-shirts superimposed with their faces and logos.

Forget that it is just a downright strange and nonsensical idea. The hive mind of the Internet is calling the concept “racist” and claim the shirts provide clear evidence that the sisters co-opt and profit off of black culture.

Who tf told Kendall and Kylie it was chill to use Pac and Biggie as a background for themselves on their graphic tees? Cause no

“Given the sisters’ penchant for being called out for stealing certain aspects of black culture and using it for their own celebrity brands, the idea of printing their white faces and bodies over images of iconic black rappers is leading people to call out the ill-advised designs on the shirt,” Mic.com wrote of the outrage.

Almost as offensive: the shirts were selling for $125.

Biggie’s own mother Voletta Wallace is none too pleased.

“I am not sure who told @kyliejenner and @kendalljenner that they had the right to do this,” Wallace wrote in a lengthy Instagram screed, which also denies any involvement from The Notorious B.I.G. Estate.

“The disrespect of these girls to not even reach out to me or anyone connected to the estate baffles me. I have no idea why they feel they can exploit the deaths of 2pac and my Son Christopher to sell a t-shirt,” she added.

“This is disrespectful, disgusting, and exploitation at its worst!”

Message received. The shirts have since been removed from the Kendall + Kylie online store, and Kendall and Kylie have since deleted all social media posts promoting them.

It’s time for the young Kardashians to rethink their branding.