Does This Anonymous Photo Show Ronda Rousey Wearing Nothing But Body Paint? 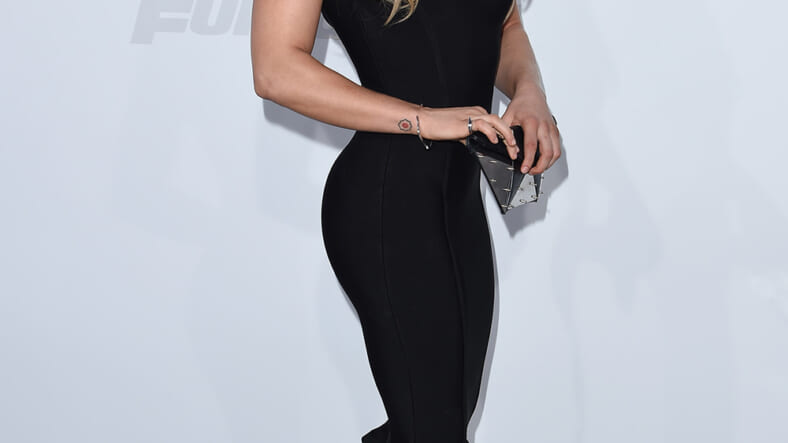 Ronda Rousey may have suffered a hugely embarrassing upset to Holly Holm last year, but don’t think the former queen of MMA is out of the spotlight just yet. Following news of Rousey’s SNL hosting duties on January 23rd (where she will not only be the first MMA fighter to take helm the show, but also the third female athlete to do so), rumors began to swirl that the fighter would take to the pages of Sports Illustrated once again — this time, covered in nothing but body paint.

Nobody has seen photos from Rousey’s alleged shoot, but if Sports Illlustrated swimsuit editor MJ Day’s Instagram post is any indication as to what’s in store, we’re in a for a bootyful treat.

#instabooty if #2016 keeps going like this then I'm going to be one happy happy girl! #bootypaint #siswimsuit

While the photo doesn’t necessarily confirm it is indeed Rousey, internet sleuths from all over have deduced that the inconspicuous wrist tattoos featured on this beautiful woman do indeed belong to to Rowdy Ronda.

On Tuesday, Sports Illustrated posted that they “can neither confirm nor deny these rumors, but isn’t the idea of Ronda donning nothing but paint enough to tie you over until the issue comes out in February?”

Yes, Sports Illustrated. Yes, it is.