“Black Ops 4” is locked and loaded to become an instant CoD classic. 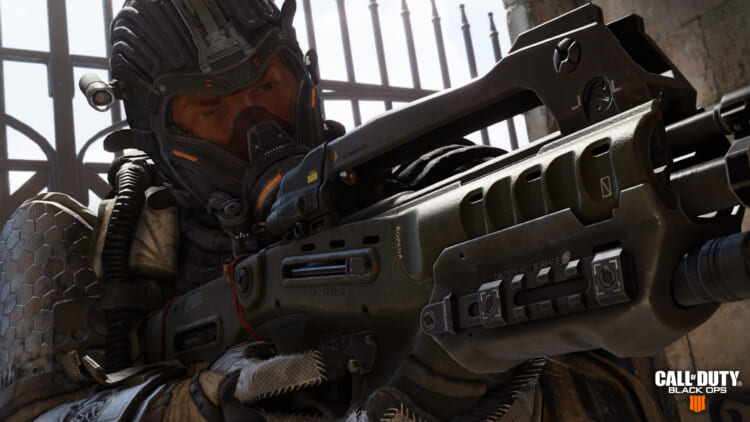 According to Activision’s estimates (and a little math) The Call of Duty franchise has sold roughly 300 million games since its 2003 debut. The staggering level of COD’s success can be credited to the rotation of the three studios that make it, a devout fan base that returns every year and the will to soldier on even if a particular entry disappoints. Fear not; 2018 is not a disappointing year. Call of Duty: Black Ops 4 has arrived in true fighting form.

The Black Ops substrain of the COD juggernaut has often been the testing ground for new ideas and innovations to the entire series. Humor in the storytelling, increasingly cinematic campaigns, the now infamous zombie mode; they all came from Black Ops. That tradition continues this year in a major way because Black Ops 4 is doing away with its campaign entirely and opting for a three-pronged multiplayer approach instead.

First up is the brand new, highly-anticipated Blackout battle royale mode. The basic idea stays the same from games like Fortnite. Players are dropped into a large level and the safe zone shrinks, forcing you to fight other players until there’s only one player left. Squad, Duo and Solo modes are available.

With that groundwork laid, Black Ops 4’s Blackout turns that basic formula on its head in several ways. Players will air-drop in with a customized loadout, including perks that can give them an advantage over opponents like heightened sense or faster reloads.

There are also a variety of vehicles littered across the map, including choppers and boats. Zombies are also sprinkled over the landscape, adding an ominous extra layer of combat that’s likely to draw attention to the stone-cold killers popping off rounds.

All of this combines with Call of Duty’s signature (and excellent) first-person-shooter gunplay on a bigger map than anything COD has ever offered, populated with 100 players per session. The scale of Blackout is enormous, in general and especially compared to every previous COD game. It’s also addicting and, if balanced properly in its first few weeks, will undoubtedly make this a huge year for the franchise.

Beyond Blackout, Black Ops 4 revives its zombie mode. This is the evolution of zombies originally pioneered a decade ago, one that has gone through several iterations and now plays faster, tighter and with even more manic moments than ever before. Longtime fans will catch the callback references and revamped levels. Newcomers will have no problem jumping immediately into the wave-based horde mode.

Finally, the traditional competitive multiplayer, mainly known for its deathmatches, returns. It’s gritty, it’s grounded and it’s lightning quick. It’s also the mode that gives Call of Duty its status as an eSport. Black Ops 4’s multiplayer mode is destined to be adopted for this year’s Call of Duty Championships and the squad-based deathmatches found here will still draw some of the best FPS players in the world to show off their tactical skill for cash and glory.

Casting away the traditional campaign proves to be a shame since Black Ops had stories and characters that were more fun than most Call of Duty games but the three game modes, whether new or improved, are ready to capture a new generation of COD gamers. If Black Ops 4 winds up breaking Call of Duty franchise records, it wouldn’t be surprising at all.