She’s as funny as she is hot. 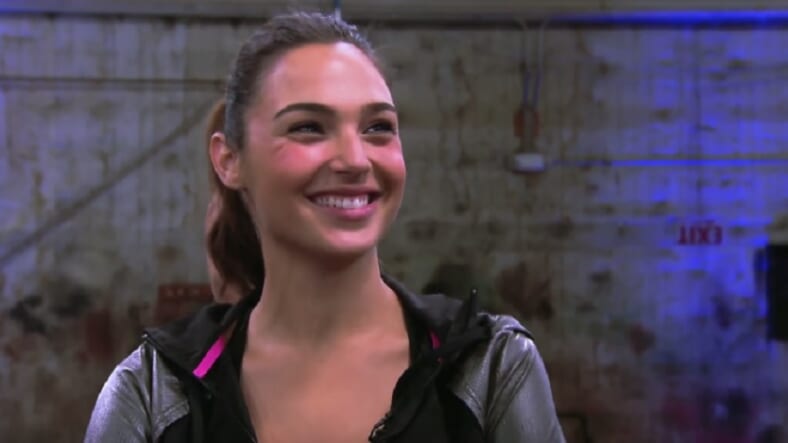 Why there’s something inherently funny in towering, orange-haired Conan O’Brien doing fitness stunts is hard to define, but there is. A video of him doing CrossFit with Kevin Hart was great slapstick comedy. We’re pretty sure O’Brien understands this, which is why he corralled sexy Wonder Woman star Gal Gadot into teaching him her workout for the role.

As they note in the video, of course, Gadot—who was also trained to fight in the Israeli Defense Force—went at it for six months prior to filming Wonder Woman. The talk show host just had 35 minutes. He made the most of it, to Gadot’s amusement.

Really, Gadot and one of the trainers she worked with prior to the film can only show O’Brien so much, but they get into sword combat, proper kicking in hand-to-hand situations, and of course deflecting bullets with special Amazonian bracelets.

In the end, O’Brien had enough and put on a beefed-up superhero costume version of himself, The Flaming C, and tried to weasel a walk-on role in Gadot’s movie. It wouldn’t have been appropriate, but we have to admit it would be hysterical.

We’ll see just how well Gal Gadot put all that real training she had to use when Wonder Woman premieres nationwide on June 2. Watch the “Official Origin” trailer for the movie below.