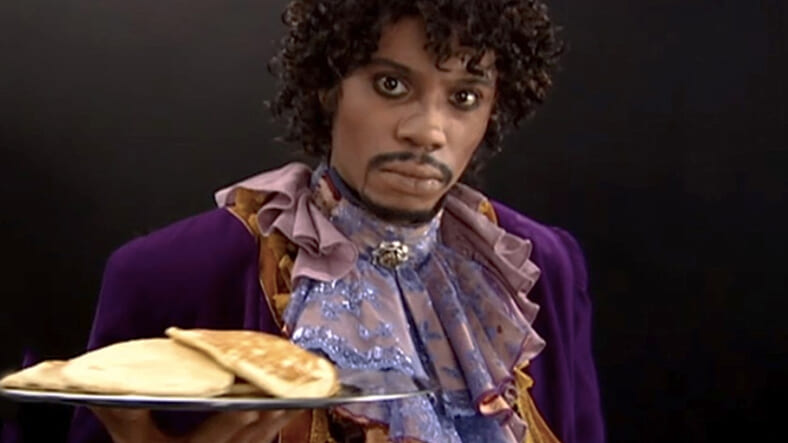 It’s one of the most iconic sketches from a truly iconic comedy show: “Charlie Murphy’s True Hollywood Stories” from Chappelle’s Show.

Murphy, the older brother of comedian Eddie Murphy, passed away in 2017, but he had established himself as a unique comedy presence by then and that was partly through his hilarious storytelling ability featured on the Comedy Central classic. Especially the one about the Murphy brothers and Eddie’s entourage meeting up with Prince and his bandmates at a club then returning to the Purple One’s home to play basketball.

Charlie Murphy’s tale of his and his brother’s crew teasing Prince and company about their effeminate, androgynous looks before getting thoroughly trounced on the basketball court is an incredible standalone story with a timelessly hilarious punchline: “Game: blouses.” But the absurdity of the whole thing was so well-portrayed by Chappelle’s Show that through the years some have wondered if it was true.

Murphy said Charlie’s tale was “totally and absolutely accurate.” Prince and his crew did issue the game challenge, and they “had on club clothes and Prince had on that outfit that was in the ‘Kiss’ video, where he had the little short shirt and the leather jacket with the buttons,” Murphy said, “He had that outfit on and a little gold chain around his waist.”

​Murphy also affirmed that his brother did say, “it’s going to be shirts against blouses.”

Prince and some dude named Micki Free that used to hang out. They used to all wear that kind of Prince’s clothes so my brother was like, ‘Alright it’s going to be shirts against blouses.’ And they teamed up and the blouses won. They beat the fuck out of us.

There were probably never that many people that doubted the core truth to the story but to find out it was every bit as surreal as Charlie Murphy and the Chappelle’s Show crew portrayed makes it funnier than ever.

Eddie Murphy did offer an alternate explanation for why he and his brother and their friends lost: Their best player borrowed a pair of shoes from Prince, and they were at least a couple of sizes too small.

Murphy was on Fallon’s show to talk about his follow-up to 1988’s Coming To America, Coming 2 America. The sequel, which also stars Arsenio Hall, will hit Amazon Prime streaming on March 5, 2021.