Joe Rogan Is Moving His Podcast to Spotify. Here’s What You Need To Know 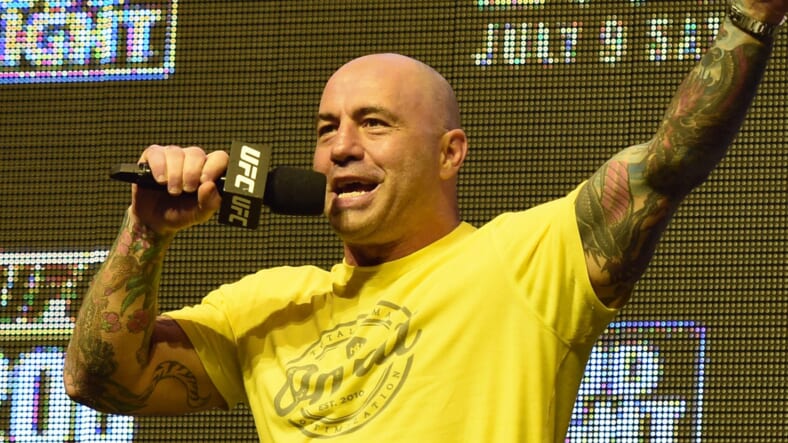 Podcast powerhouse Joe Rogan is taking The Joe Rogan Experience–one of the world’s most popular podcasts–to Spotify in a blockbuster deal worth more than $100 million, according to the Wall Street Journal.

Digital music streaming giant Spotify announced Tuesday that it signed Rogan’s podcast for an exclusive multiyear licensing deal that’s believed to be the biggest yet in the rapidly-growing podcast industry.

But by the end of 2020, Rogan’s podcast will broadcast exclusively on Spotify in a monumental move that recalls Howard Stern’s jump from regular radio to Sirius satellite radio in 2006.

Both full audio and video of The Joe Rogan Experience will be exclusively available through Spotify, per the new deal. Episodes will still be free to listen to, so long as listeners are Spotify users.

“Hello everybody! I have an announcement. The podcast is moving to Spotify. I signed a multi-year licensing agreement with Spotify that will start on September 1.

Starting on September 1, the entire JRE library will be available on Spotify as well as all the other platform, then, somewhere around the end of the year, it will become exclusive to Spotify, including the video version of the podcast.

Nothing else will change. It will be free. It will be free to you, you just have to go to Spotify to get it. We’re very excited to begin this new chapter of the JRE and I hope you’re there when we cross over. Thanks.”

Rogan, 52, will continue to have full creative control over his show, which covers topics as diverse as neuroscience, MMA, psychedelic drugs and cancel culture, while broadcasting headline-grabbing interviews with the likes of Elon Musk and Bernie Sanders, among others.

Last year, Rogan said his show reached about 190 million downloads per month. Moving the show to Spotify will give that platform’s more than 286 million active users access to the show, according to the New York Post.