“I feel like I’ve been extremely lucky to take the chances I’ve taken and still be walking around.” 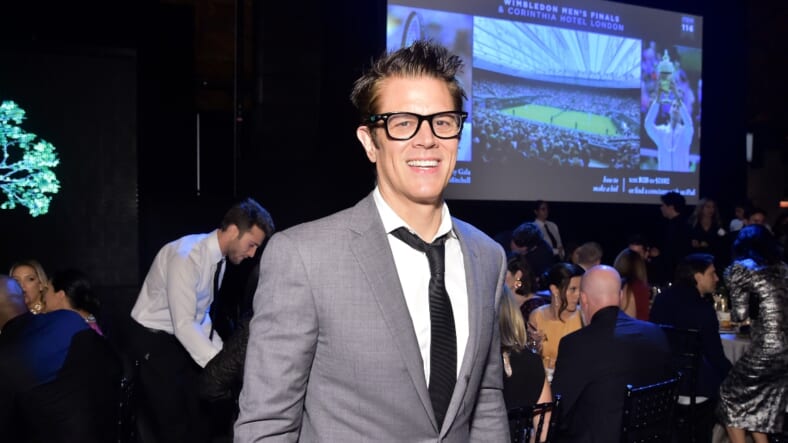 Johnny Knoxville is 50 now, and might just be tired of abusing himself for entertainment purposes. In a new interview with GQ, the star of Jackass 4 said he will be done with the long-running comedy franchise after this movie. He just isn’t ready to keep pressing his luck as hard as he has.

Knoxville also addressed statements made by Jackass fixture Bam Margera, who was fired from the upcoming film.

Regarding his decision to stop after Jackass 4, Knoxville told GQ, “You can only take so many chances before something irreversible happens.”

“I feel like I’ve been extremely lucky to take the chances I’ve taken,” he said, “and still be walking around.”

The upcoming movie was, like so many others, delayed due to the COVID-19 pandemic and will be released later in 2021. Knoxville did indicate he is thankful the franchise has lasted through 5 films and a TV show but said he just “can’t afford to have any more concussions” much less put his family through the stress of worrying about him.

The problems faced by other Jackass cast members like Steve-O and Bam Margera came up in the same interview. Asked if the show “was responsible for exacerbating his friends’ struggles,” Knoxville said.

“I think each of us was responsible for his own actions, and when someone’s struggling, everyone tries to help that person. And at the end of the day, that person has to want help. Sometimes they don’t. Yet.”

When the interviewer probed his answer, asking if he was thinking of someone specific like Margera — who has complained publicly to publications like TMZ about his firing from the movie and as of May 25 was subject to a restraining order from Jackass director Jeff Tremaine — Knoxville reportedly became emotional and said, “We want Bam to be happy and healthy and get the help he needs.”

“We tried to push that along,” Knoxville continued, “I think that’s all I really want to say about it.”

Asked again later about Margera’s claims regarding being fired for not going through with rehab, Knoxville said, “I don’t want to get into public back-and-forth with Bam, I just want him to get better.”