Rogan hasn’t confirmed but the rapper tweeted photos of their FaceTime chat discussing his appearance. 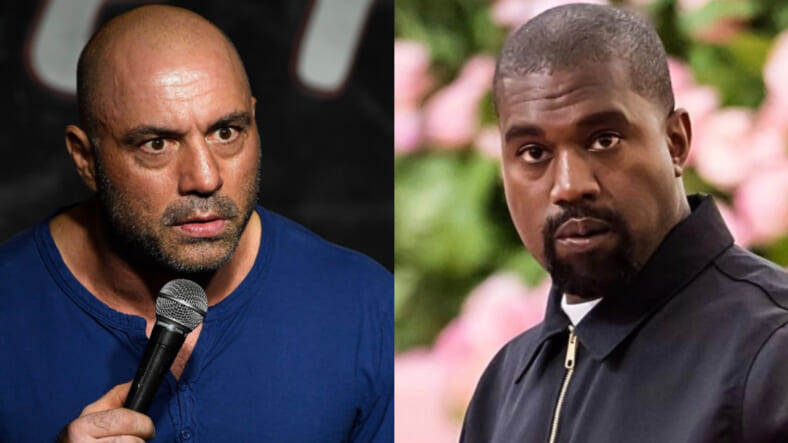 It’s happening. Looks like Joe Rogan will get to interview a controversial presidential candidate on his podcast, The Joe Rogan Experience.

Kanye West, the candidate, seemed to indicate as much on October 17th when he posted images from a FaceTime chat with Rogan on Twitter.

Joe Rogan said it’s cool for me to design the set for our podcast this Friday ⛷ pic.twitter.com/9FOPjU36K3

“Joe Rogan said it’s cool for me to design the set for our podcast this Friday,” West wrote, implying that in addition to getting together to talk about his presidential run as well as who knows what else, he would also essentially act as scene dresser in Rogan’s already-impressive, futuristic new studio.

This comes after West tweeted about his desire to get together with Rogan on the latter’s uber-popular podcast, which he recently moved from Youtube after landing a multimillion-dollar deal with Spotify.

Would love to go on Joe Rogan’s podcast LIVE this week I have my team trying to get your number Joe I’m in Calabassas Let’s do this my friend ⛷ pic.twitter.com/OCyqWlHaNH

Now, Joe hasn’t confirmed the chat himself just yet, but something tells us it’s happening. While JR didn’t directly respond to Kanye’s plea this past week … we know he’s been wanting to book Ye for a while to pick his brain. He’s praised Kanye as a genius of sorts in the past … likening him to someone who operates on a different plane with higher voltage.

Rogan’s next challenge? Pulling off the suggestion that he moderates a lengthy debate between President Donald Trump and former veep and current Democratic nominee for president, Joe Biden. While that doesn’t seem to be a real possibility yet, the president has tweeted in favor of it.

There’s not much time left before November 3rd—election day in America. So who knows if that will take place?

If 2020 has proven one thing, it is that anything could happen.