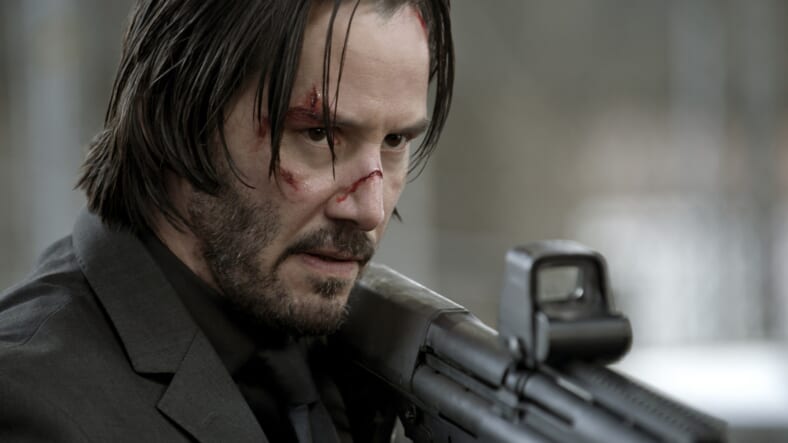 Attention, Keanu Reeves superfans: The beloved star of the John Wick and The Matrix franchises is auctioning off a one-on-one Zoom call to one devoted fan, all to raise funds for a children’s cancer charity.

The Zoom call auction is being organized by Camp Rainbow Gold, an Idaho-based charity that provides camp experiences for kids who have been diagnosed with cancer.

Bill & Ted. Speed. The Matrix. John Wick. You know him. You love him. This is truly priceless and now you have the chance to Zoom with him from home!

Get your questions ready and spend 15-minutes with actor, director, producer and musician, Keanu Reeves.

After that, Reeves reprises his lead role in The Matrix 4, set to hit theaters in 2022. Fans who want to place their bids can go to Camp Rainbow Gold’s auction website until June 22.

In slightly more depressing news, former Entourage actor Jeremy Piven is getting roasted for charging $15,000 for a single, 10-minute Zoom call, reports Decider, and it doesn’t appear to have anything to do with charity.

The actor is currently ranked on Cameo as the most expensive celebrity to have a Zoom chat with. He’s listed above former NFL player Brett Favre, who, at $5,000, is only a third of Piven’s price.

Twitter users scoffed at Piven’s pricey request as his Cameo page made its way around the internet. “I literally wouldn’t talk to Jeremy Piven for free,” one wrote.

“Imagine spending $15,000 to talk to Jeremy Piven for 10 minutes. Look, if I wanted to talk to a short douchebag for 10 minutes I can do that for free just by going to Walmart and bumping into the wrong guy,” another tweeted.

Sounds like the kind of cutthroat deal that would have impressed super agent Ari Gold himself.