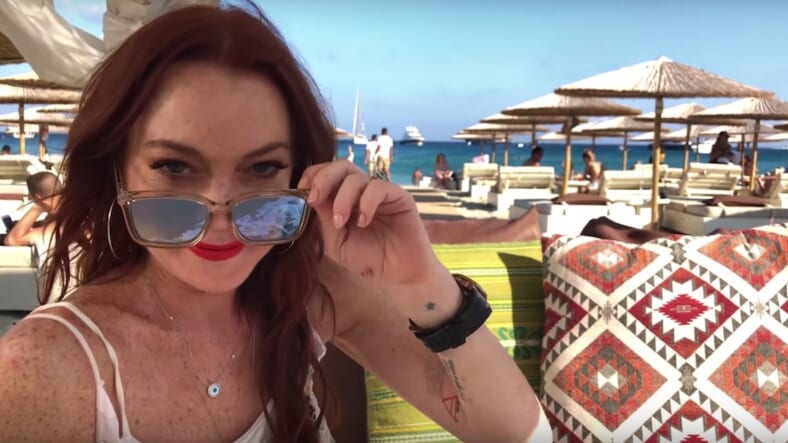 Now, we have a teaser trailer of the former Maxim Hot 100 winner turned beachfront nightclub owner’s return to the spotlight.

“Pack your bags, MTV. We’re going to Mykonos!” LiLo says in the all-too-brief teaser, which sees her lounging by the beach, overseeing her growing Grecian nightlife empire.

“The series will follow Lohan as she tries to launch an exclusive seaside resort in Mykonos, Greece,” Variety reported.

“This marks Lohan’s third business venture in the Greek Islands, following the opening of Lohan Nightclub in Athens and Lohan Beach House Rhodes in Rhodes.”

“Lohan will lead a team of handpicked brand ambassadors to make her mark on the vacation capital of the world. Over the course of the season, Lohan’s team must prove their expertise, ambition and charm while helping bring Lohan’s vision to life.”

The Hollywood Reporter even described the show as “Vanderpump Rules on the Mediterranean.”

We will not miss an episode when Lohan Beach Club debuts sometime in 2019.