“Lend me your ears or I will eat them all.” 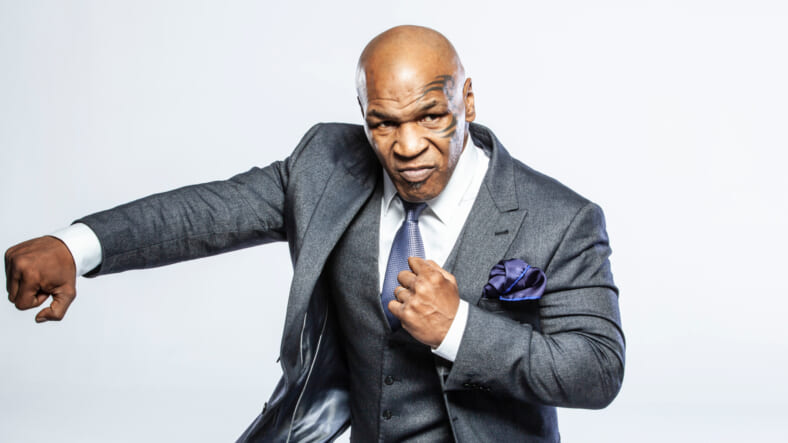 If you heard that a 54-year-old man was dropping his first-ever EDM single, you might be forgiven for finding the idea kind of absurd. Unless that is, the man in question is former heavyweight boxing champ Mike Tyson.

That’s what the animated video above is all about. He’s Mike Tyson, and listeners need to, as he says in the song, “lend me your ears, or I will eat them all.”

In keeping with his affable yet deadly vibe for the last few decades, the song by LA-based group Tiki Lau is heard over scenes of an animated Tyson in combat. He goes fin-to-toe against a shredded shark then he takes on a sea monster (or dragon; or sea dragon—whatever, it’s a damn cartoon). All while wearing a diving mask and a snorkel and sipping from a tropical drink.

Other samples of Iron Mike sound bites heard include “I’ve been the wildest, I’ve been the craziest, I’ve been the outrageous, the vicious, the most destructive fighter” and “An international warlord that’ll strip your heart out … and guess what? I’M MIKE TYSON!!!”

Tyson has gotten back in fighting shape and he’s getting ready to return to the ring in an exhibition boxing match against fellow pugilistic legend Roy Jones Jr., who is 51.

If that goes well, could we one day see Tyson go against an actual shark? He’s a cannabis mogul, too, so he’s certainly got enough psychoactive inspiration available to give it a try. We’ll have an idea as to what the future holds for Iron Mike when he and Jones face off on November 28, 2020.