Jimmy Kimmel Asked Young People To Read An Analog Clock, And It did NOT Go Well

“I have not read a clock like this since elementary school.” 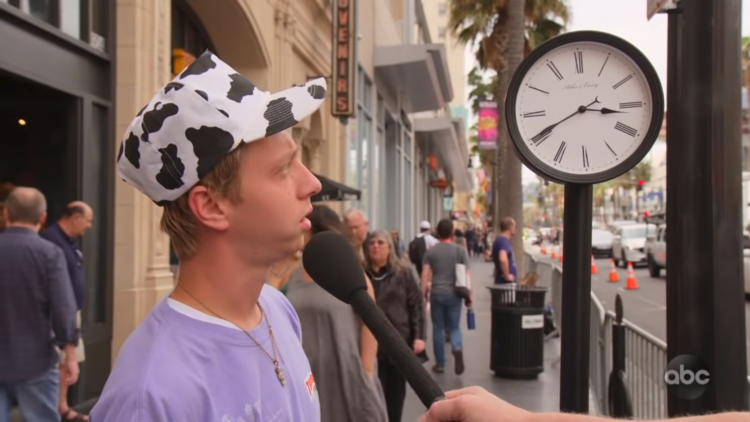 Hapless young people were the unfortunate stars of a “Can You Do It?” installment from Jimmy Kimmel Live! that’s going viral.

The task at hand was simple: read an analog clock. Kimmel diplomatically called the impromptu contestants “young people,” but it’s pretty obvious that they’re all from the millennial or Generation Z age groups.

“Oh, no,” one young woman said immediately with a look of utter confusion and fear. “No, I can’t.”

Bailing out was probably the right move. Four others not only took way too long to work out the time, but got it totally wrong.

“They’re going to be so disappointed that I have not read a clock like this since elementary school,” a college student said of her professors.

To be fair, most of them had clearly at least seen an analog clock before, they just seemed to mix up the hour and minute hands or struggle with Roman numerals.

The segment ends with a dumbfounded dude who was asked to answer what we guess is now considered to be a trick question: “A.m. or p.m.?”