Snoop Dogg Will Be Host and Announcer For New Boxing League, The Fight Club

The legendary rapper partnered with Triller for a new boxing league called The Fight Club, which will have multiple events per year, with Snoop Dogg as host and announcer. 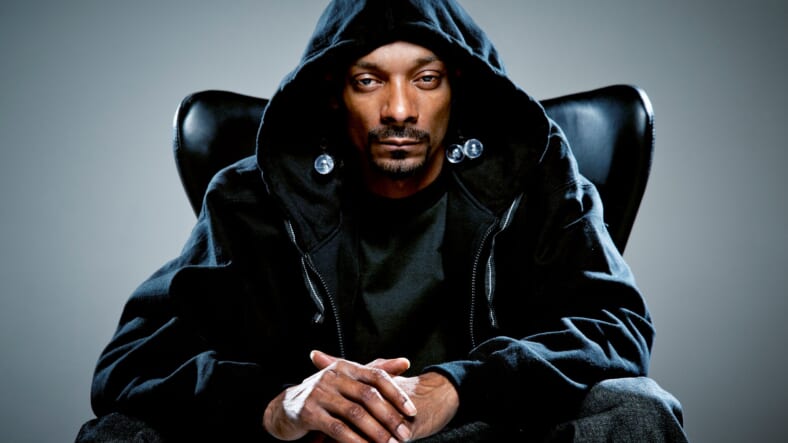 Last weekend’s Mike Tyson vs. Roy Jones Jr. pay-per-view exhibition bout was far more watchable than most fans expected–from Jake Paul’s meme-worthy knockout of former NBA star Nate Robinson on the undercard to the surprisingly competitive main event. Tyson/Jones may have resembled hard sparring more than an actual boxing match, but was lively enough for many observers to score it for the 54-year-old Tyson, even though the celebrity judges charitably called it a draw.

But by far the most entertaining aspect of the event was Snoop Dogg‘s brilliant color commentary. In addition to performing a medley of hits while puffing on a blunt, The Doggfather dropped several hilarious comments during the fights, including singing bible hymns as Robinson was stretched out on the canvas and famously comparing Tyson and Jones to “two of my uncles fighting at the barbecue.”

😂😂 Snoop Dogg said about Roy Jones Jr and Mike Tyson "This shit is like two of my uncles fighting at a barbecue!" #tysonvsjones #TysonJones pic.twitter.com/JbQAgeZQqT

Snoop must have sensed his undeniable talent as a color commentator, because he later announced on Instagram that he would do it on the regular—if only someone were to offer him a three-year, $15 million deal. He even called out ESPN, Fox Sports and TNT in the caption of his oddly specific suggestion.

Music producer and artist Timbaland dropped an encouraging “let’s goooooooo” in the comments, while the idea was also co-signed by the likes of Jamie Foxx, MC Lyte and D Smoke.

And it looks like Snoop’s sportscasting dreams may soon become a reality, according to ESPN:

The legendary rapper announced Tuesday he is partnering with Triller, an entertainment and music platform that put on Saturday’s Mike Tyson-Roy Jones Jr. fight, to create a new boxing league called The Fight Club. The league will have multiple events per year, with Snoop Dogg as the host and announcer.

The Fight Club will have five to eight events per year, according to a news release issued by Snoop Dogg and Triller, with a similar layout to how Saturday’s Tyson-Jones card was produced by mixing boxing and musical acts. Snoop Dogg was a commentator on the pay-per-view event and also performed, along with Wiz Khalifa, Ne-Yo and others.

While Snoop has plenty of lucrative side hustles–from his brand-building appearances with Martha Stewart to his own California red wine and tequila lines–sports fans would surely be psyched to experience him in a broadcasting booth again soon.