Who Will Be Cast In The New “Star Wars” Movie? 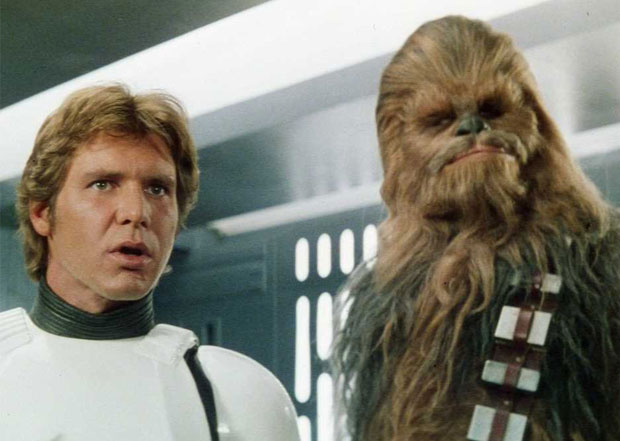 It looks like this whole new Star Wars trilogy thing is really rumbling into production, because Disney’s just put out a casting call to find its two leads. The good news? Director J. J. Abrams has already said he wants to take the series in a grittier, more “space western” direction than the prequels, and has already hired Empire Strikes Back screenwriter Lawrence Kasdan to help make that happen. The bad news is, the two roles being cast right now are for…teenagers.

Excuse us while we die a little inside.

Now, of course Disney are going to cast teens in a new Star Wars movie. It was inevitable. The tween market is Disney’s bread and butter, so we were always going to end up with some mop-haired little pipsqueak with a voice like a mouse farting in a bucket of soapy water, but seeing it in writing for the first time is still disheartening. On the plus side, we still don’t actually know who these kids are being cast as, so it may end up being a pleasant surprise after all. Maybe one of them will be Luke’s kid! (Meh). Maybe one of them will be Han and Leia’s kid! (Ooh!) Maybe one of them will be Luke and Leia’s kid! (Ew). We really don’t know, so let’s speculate mindlessly about casting in that way we love so much.

If It Turns Out To Be Luke’s Kid:

Luke’s kid would presumably be earnest and dedicated, but with a rebellious streak inherited from both his father and, of course, his grandpappy (that’s Darth Vader, non-nerds!). Most importantly, though, if it’s Luke’s kid, he’ll be whiny and irritating, so pretty much any celebrity couple’s teenage kid would be just fine.

Could there be a daughter with the looks of Jedi­-era Carrie Fisher and the cool of ’70s Harrison Ford? If so, it would definitely be a relief for every fanboy who’s ever had an uncomfortably sexual dream about Han Solo. So who to cast in this impossible-to-live-up-to role? Selena Gomez? Elle Fanning? Ah, what are we saying? We all know they’re just going to phone Jennifer Lawrence and call it a day.

If It Turns Out To Be Chewbacca’s Kid:

Ideally, you need someone small and cuddly, with excessive body hair and a tendency to make odd, unintelligible howling noises. Ladies and gentlemen, may we present you with Maxim editor-in-chief Dan Bova!

Check out 5 Awesome Space Movie Death Scenes or The 10 Worst Action Movie Posters Ever Made.