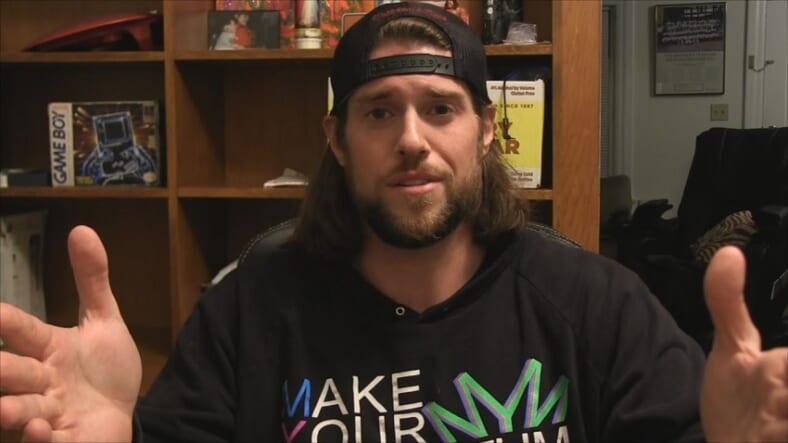 In 2013 Beast outdid himself, but Youtube only recently got around to penalizing him. What he ate was horrible: a giant, hissing cockroach. That’s why we didn’t put his video first. Watch below, but be warned, this is NSFL—not safe for life.

In spite of the video’s age, LA Beast received a three-month ban from live-streaming. That’s a lifetime for a popular Youtube star.

Other Youtubers took a look at the Beast’s ban and found it unfair in light of what happened when Logan Paul posted a video of a hanging suicide victim made in Japan’s Suicide Forest—almost nothing. Food Envy quoted a statement by another food vlogger, Wreckless Eating, which said that “@youtube promoted the showing of a suicide on their trending page with no punishment to @LoganPaul but banned @KevLAbeast from live streaming for 3 months because he ate a dead cockroach.”

“This is really the current state of youtube,” the statement concluded.

Then again, the dude ate a damn cockroach. In the past he’s also abused his stomach by chugging 20-year-old Crystal Pepsi, 26 ghost peppers (see above), and several cans of dog food.

When people are making videos of themselves munching Tide pods, who’s to say what else will go viral? Beast has more than a million followers. Nothing will stop them from eating cockroaches in solidarity.

Cockroaches are vectors for all kinds of diseases and bacteria. Eating one could make someone very sick.

That’s one way to learn the lesson that Youtube stars are literally the worst role models ever.