If you think all natural wines are cloudy, funky, and faddish, think again. 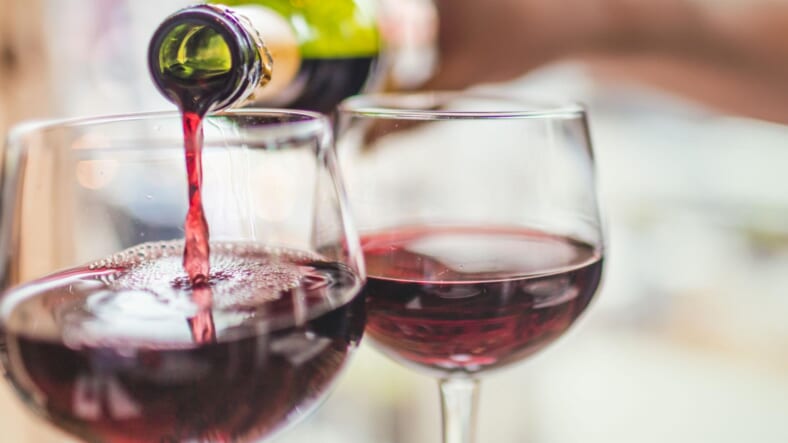 What makes a wine “natural”? And why does it matter? In WINE, UNFILTERED: Buying, Drinking, and Sharing Natural Wine by Katherine Clary, author and creator of the Wine Zine, Clary tackles these questions and many more, offering an unpretentious look at what makes natural wine so special.

Here’s Clary’s list of 10 Wrong Things You Probably Assumed About Natural Wine (But Don’t Worry, So Did Everyone Else):

Natural wines are typically unfiltered and unfined, meaning the wine maker doesn’t utilize physical materials or additives help remove the sediment from a bottle of wine (which includes bits of grape skin and tartrates). Because of this you might see some grit at the bottom of your bottle or pour a glass that resembles something closer to unfiltered apple juice than your standard Chardonnay.

Still, that doesn’t mean all natural wine is like this. There are plenty of examples of natural crystalline white wines and clear ruby reds, an impressive feat considering the wine maker has achieved that without the use of the invasive filters and questionable fining agents used in most conventional wine.

First, can we retire this word? (I just looked up some synonyms of funky to add to the mix, but unfortunately “groovy”, “musty”, and “unpleasant” are going to do nothing for the cause). Natural wine is not all funky. And if a natural wine isn’t funky, it doesn’t mean it’s less natural. The depth, aroma, clarity, and “wild” characteristics left in a wine are typically stylistic choices made by the wine maker.

A wine’s character can be determined by the native yeast present at fermentation, the terroir (the environment in which the wine was produced), and many other factors. It could also be coming from what some would say are flaws or faults: the presence of Brettanomyces, for instance, which can make your wine taste a little barnyard-y. But it’s just as likely that a natural wine maker will strive to create a refined, “clean” bottle of wine that has none of the farm floor qualities you’ve come to love (or hate).

Describing low-intervention or old-world winemaking as “natural” has surely become more common in the past 10 to 15 years, but the existence of these wines is not new. The methods involved in natural wine making date back thousands of years to the Republic of Georgia, whose people are credited not just with the birth of wine, but many of these low-intervention methods, including skin-contact wine.

They won’t give you a hangover

Still, there are some reasons conventional wine might make you feel worse than its natural counterpart. The aforementioned additives, for one (there are over 150 that are approved for use in conventional wine). You also might find that some conventional wines are higher in alcohol (exceeding 14% ABV in some cases), which is, again, a stylistic choice on behalf of the wine maker (and the result of the grape’s ripeness). You’ll find quite a bit of natural wine that comes in at lower ABV, sometimes even as low as 9%, making them more quaffable. The French call these wines vin de soif: basically thirst quenchers. See also: glou-glou.

They have no sulfites/S02/sulphur dioxide

Sulphur dioxide, also referred to as sulfites or S02, can be added to wine as a preservative. It stabilizes it, which some wine makers believe make the wine longer lasting and less prone to flaws, especially when being shipped around the world. The problem is that it’s frequently been used to excess, zapping a wine of its complexity and spirit. A common misconception is that natural wine doesn’t have any S02. Wrong! All wine has naturally occurring sulfites, which are also a byproduct of the fermentation process.

There are no rules stating that natural wine can’t have added sulfites, but the community agrees that they should be used at an absolute minimum (with many people believing none should be added — these are sometimes referred to as “zero-zero” wines).

In the USA, a conventional wine is permitted to have up to 300 parts per million (PPM) of sulfites. Organic wine cannot have any added sulfites (which sounds like a good thing, but unfortunately organic wine can still be highly manipulated with additives and commercial yeast). Natural wine tends to clock in around 0 PPM to 40 PPM, with even 40PPM frequently being regarded as an unnecessarily high amount.

I’ve heard this complaint quite a bit, and my only guess is that people aren’t looking hard enough. Find a wine shop you can trust (my favorite is KingstonWine.com) and filter the catalog to view “Lowest to Highest”. You’ll find great, simple natural wines in the $12-15 range. Some of my favorites include Château d’Oupia’s ‘Les Heretiques’ and Domaine la Patience’s ‘Vin Rouge’ & ‘Vin Blanc’.

Alternately, I have heard that some people think natural wine must be cheap because it’s “farm wine”. This is also far from the truth. Many natural wine makers utilize methods requiring more labor, like hand-picking and foot-stomping grapes rather than using a machine and planting additional crops to increase biodiversity in their vineyards, which can all lead to their process being a pricey one. You might find that natural wine makers produce smaller amounts of their wine, which can also hike up the price.

The birth of the modern natural wine movement is thought to have been by the “Gang of Four”, four pioneering wine makers in the Beaujolais region of France. If you consider France a little known winemaking region, I’m not sure what to tell you. Of course, there are exceptional natural wine makers in areas that don’t immediately come to mind when you think of vineyards, like Bichi in Baja Mexico, La Garagista in Vermont, or Southold Farm + Cellar in Texas, but the majority of natural wine is still coming from the more traditional grape growing regions of the world.

While natural wine won’t have the excessive amounts of sulfites found in many conventional wines, this doesn’t mean they’re unstable. Are there examples of unstable natural wines out there? Surely. But many hold up to decades of aging, retaining the life they had when they were bottled. Just track down a bottle of 2013 Cabernet Franc buy New York wine makers Bloomer Creek and try to argue otherwise.

While you might not find these wines in abundance on the shelves of Costco or Trader Joes, there are plenty of natural wine shops throughout the United States that ship throughout the country, as well as wine makers who ship direct. It might be difficult to have the in-person experience of perusing the shelves in some areas of the US, but rest assured that with a little bit of research, you can get some of these wines sent straight to your doorstep.

A great place to start is this directory I put together of American natural wine makers currently shipping throughout the U.S.