Michael Jordan Teams With Owners of the Lakers, Celtics, and Bucks to Launch Luxe New Tequila

Drink like a baller with the GOAT’s new hooch. 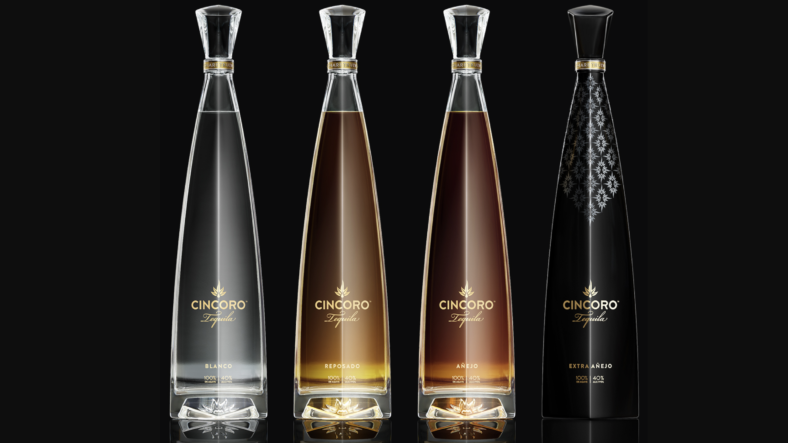 Michael Jordan is joining a new game, but now his competitors are fellow celebs like George Clooney, The Rock, and Ryan Reynolds. Teaming with the owners of a handful of NBA franchises, Jordan is taking on the celebrity-fronted booze market with the launch of his Cincoro Tequila.

The GOAT isn’t doing this on the cheap, either; his top-of-the-line bottle costs about $1,600.

Here’s what a news release had to say about the origin of MJ’s hooch:

Cincoro was born from a passion to create the world’s finest tequila and is uniquely made with the highest quality 100% Weber Blue agave from private farms in both the highland and lowland regions of Jalisco, Mexico. The agave is hand-selected, slow-cooked and distilled in separate small batches, creating two distinct distillates, which are then artfully blended to create Cincoro Blanco, one of four Cincoro expressions. The Reposado, Añejo and Extra Añejo expressions are barrel-aged in an underground cellar to maximize flavor and complexity. The signature Cincoro taste profile highlights the terroir of the agave, and each expression is a one-of-a-kind tequila experience akin to a single malt scotch, American craft bourbon or fine wine.

Have to admit that sounds pretty tasty.

Everyone knows Michael Jordan, of course, hence his prominence in repping the product. Today he’s the principal owner of the Charlotte Hornets NBA franchise. From 1984 through 2003 he was one of the most dominant pro basketball players in history, leading the league in scoring for 10 seasons, all told.

Who are his partners? Fellow team owners like Lakers president Jeanie Buss, Milwaukee Bucks co-owner Wes Edens, Wyc Grousbeck, who is the lead owner of the Celtics, and his wife Emilia Fazzalari.

The brand’s story is the group met in 2016 and bonded over “a mutual love of tequila.” Eventually, they formed a partnership and with Fazzalari as Chief Executive Officer they launched Cinco Spirits.

If Jordan’s true second act is becoming a tequila mogul, Reynolds needs to watch his back.