“I just feel so much better.” 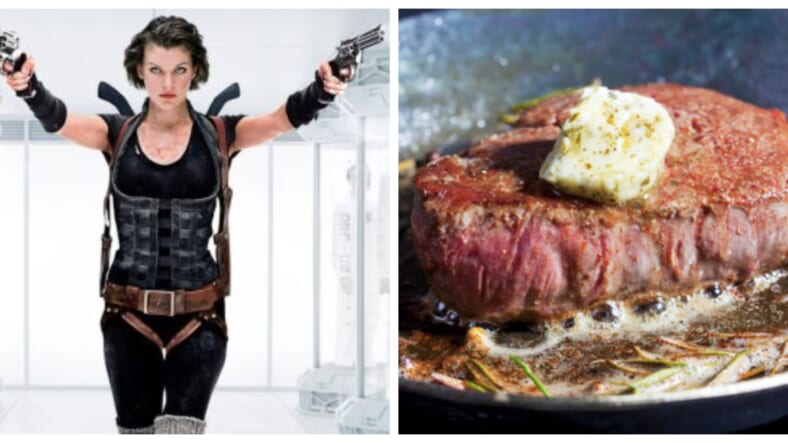 Going keto can definitely lead to weight loss, but the ketogenic diet has been criticized by many, from top cardiologists to fitness guru Jillian Michaels. And now, Milla Jovovich is stepping into the fray.

The Hellboy actress told People that in her experience, constantly eating high-fat, low-carb foods “can be hard to sustain.”

“You have to kind of be an expert in nutrition to really know that you’re doing it correctly,” she added.

That echoes one of the major reasons the US News and World Report ranked the keto regimen as one of the five worst on their list of Best Diets Overall: it’s hard to follow.

Instead, Jovovich switched to a veggie-heavy diet that she says has “helped everything.”

“I changed my lifestyle over a year ago to prepare for a new action film I’m doing called Monster Hunter that’s coming out in 2020,” she said.

“To be honest, I just found that making sure that 80 percent of my diet during the week is vegetable-based and everything else is just smaller portions, helped my skin, helped my energy levels, just helped everything.”

In combination with daily workouts, the long-term meal plan has had a drastic positive effect on more than her physical appearance.

“I can truly stand behind it, and that’s why I started posting,” she said in reference to Instagram posts like the one above.

“This isn’t just something I’ve done for a few weeks and I’m like, ‘Hey it works.’ I’ve done it for a year and I see that it works.”

While keeping the body in a ketotic state requires that dieters stick to an extremely restrictive list of foods, Jovovich can eat pretty much anything on the pyramid.

“I eat everything,” she says. “I think we all need to eat a little bit of everything, I just keep the processed foods to the weekend.”

The Keto Diet may not have worked for Jovovich, but another celebrity has made headlines for praising its benefits: Vinny Guadagnino.

The Jersey Shore and Double Shot at Love star lost 50 pounds since starting his keto program and shared the results on his @Ketoguido Instagram page.

As Us Weekly notes, the diet’s popularity surged around the same time that Guadagnino launched the account. In 2018, keto was the most commonly searched diet, according to Google Trends’ annual report.

Is the self-styled “Keto Guido” responsible for the fad?

“I don’t know if I am, I would love to be,” Guadagnino said. “Or it just literally happened at the same time. But either way, I think I definitely contribute to it.”

If you’re looking for some low-carb inspiration in the form of mouth-watering meat, cheese and fish, check out this list of the 20 best keto Instagram accounts.