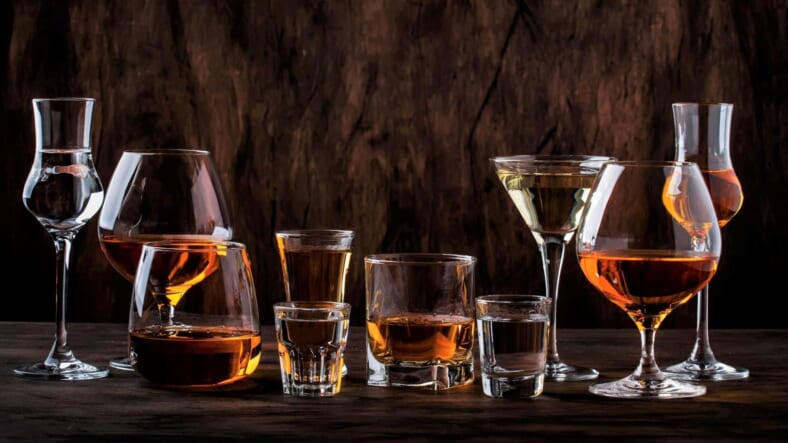 On a recent November morning, Casa Noble Tequila founder Jose “Pepe” Hermosillo stood among the agave planted just outside the warehouse where barrels of tequila are quietly aging and enthusiastically held court. The tequila, which is produced at the La Cofradia distillery just outside the Mexican town of Tequila, has been organic since its inception in the late ‘90s, something Hermosillo feels very strongly about.

“Organic means we’re not putting in any synthetics, no pesticides, no fertilizers, nothing into the ground that’s going to contaminate the agave or our water sources,” he said. “Not only are we organic in the fields, we are organic here at the distillery.”

The concept of organic in spirits has been around for some time, but is not yet as popular as it is in the wine world. Natural wine has been getting a lot of attention recently (although again this is not a new concept), referring to wine that is farmed organically, and often biodynamically, with no additives and minimal interference with the fermentation process.

Casa Noble just celebrated its ten-year anniversary of organic certification from California Certified Organic Farmers (CCOF). “[We are] the first tequila to be certified organic by CCOF,” said Hermosillo in a follow-up email, “and this commitment to not introducing or being in contact with any synthetics during the long life of the agave or the tequila-making process has set an industry standard of sustainability.” Casa Noble is also certified kosher, which means you will not find any additives like sugar or coloring that you might find in other brands.

But does being organic actually affect the flavor of the tequila, or is it more about sustainable practices? According to Hermosillo, since Casa Noble owns all of its agave, it is able to manage its impact on the ecosystem as well as quality in very specific ways. “Respecting the earth that allows us to create the tequila is as important to us as producing the tequila itself,” he said. As far as those additives, you can imagine that using them would result in a less pure, sweeter, adulterated flavor that experienced drinkers can pick out quickly – as well as a better chance of a hangover. “You can tell the difference the morning after drinking an organic tequila as opposed to one with added sugars,” he said.

The commitment to reducing waste in an industry that produces a lot of it has to go beyond just being organic, however. It must also involve practices that deal with the potentially harmful byproducts of distillation. “We are zero spillage, we treat our water, we do our own composting, and that compost goes back into the field,” explains Hermosillo. “This year… we’re asking that labels, bottles, shippers, everything is done with recycled materials.”

Casa Noble is a good example of a player in the spirits industry trying to reduce its environmental footprint, but it is not alone. An increasing number of distilleries, especially in the smaller craft sphere, are focused on organic spirits and sustainable practices, which is becoming more important for both the planet and to attract consumers who are concerned about climate change.

Here are ten distilleries and brands that are either all organic, have an organic expression, or are instituting environmentally friendly practices.

Pittsburgh’s award-winning craft distillery Wigle Whiskey makes a wide array of eclectic spirits, all using organic ingredients whenever possible. These include the two-year-old cask strength Deep Cut Rye Whiskey, the wheated Pennsylvania Bourbon, and the Dutch-Style Gin. In addition to using organic grains, the distillery tries to source from local farmers as much as possible.

It’s right there in the name – Prairie Organic Spirits is a member of the Organic Trade Association that promotes the use of organic ingredients. The Minnesota distillery makes a couple of different gins and vodkas using grain that comes from a farmer co-op. Also, one percent of sales are donated to the Spirit of Change Fund, an organization dedicated to the organic farming movement.

Deanston is a single malt distillery located in the Highlands region of Scotland. There are a few different organic expressions available, including a 15-year-old (its first organic release), and a 14-year-old single malt finished for two years in organic Oloroso sherry casks. All of the whiskies, organic or not, are non-chill filtered with no added coloring.

Sustainability is important to 123 Tequila, from the use of soy ink and recycled paper for the labels, to the recycled glass used for the bottles, to the organically grown agave used to make the tequila. The 1, 2, and 3 refer to the blanco, reposado, and anejo expressions available. There is also Diablito, an extra anejo that is aged for more than three years as is required by the category’s definition.

Cachaca is not very well known here in the U.S., but it’s very popular in its country of origin, Brazil. Cachaca is similar to rum, made from fermented sugar cane and sometimes barrel aged. Novo Fogo uses USDA-certified organic sugar cane that is distilled in a zero-waste facility that reuses nearly every byproduct – even the heads from the distillate are used as a firestarter instead of being dumped.

Benromach is different from other Speyside distilleries in Scotland in that it incorporates a touch of peated malt into its core range, something that is unusual although not unheard of for the region. The Organic expression, part of the Contrasts range, launched in 2006. It’s matured in virgin oak instead of bourbon barrels, and bottled at 43 percent ABV.

Bainbridge claims to be at the forefront of organic distilling in Washington state, making all of its spirits in-house using all organic ingredients that are sourced from family-owned farms in the region. Some of the spirits produced by the distillery include Bainbridge Yama aged in small Japanese Mizunara casks, Battle Point Two Islands Wheat Whiskey finished in Islay casks, and a few vodkas and gins.

Drake’s is another Minnesota organic spirits line, although the spirits are sourced from elsewhere. There are two vodkas, two rums, and even a few organic mixers available from the company. In addition to being organic, the range of products are non-GMO, vegan, and kosher.

Mezcal is growing in popularity as a spirits category in the U.S., but Del Maguey has been around for some time. The brand was started by an American and is owned by Pernod Ricard, but is still dedicated to using sustainable practices in its spirits production. Vida de San Luis Del Rio is the organic member of the lineup, with fruity, vegetal, and roasted notes on the palate.

Michigan’s Journeyman Distillery is a small operation making interesting organic spirits that stand out from the typical craft distillery crowd. There is an impressive array of different types of whiskey available – Last Feather Rye, Three Oaks Single Malt, Featherbone Bourbon – as well as gin, brandy, and liqueurs. Interestingly, the distillery is one of the few to make rye whiskey using a rye and wheat mashbill.