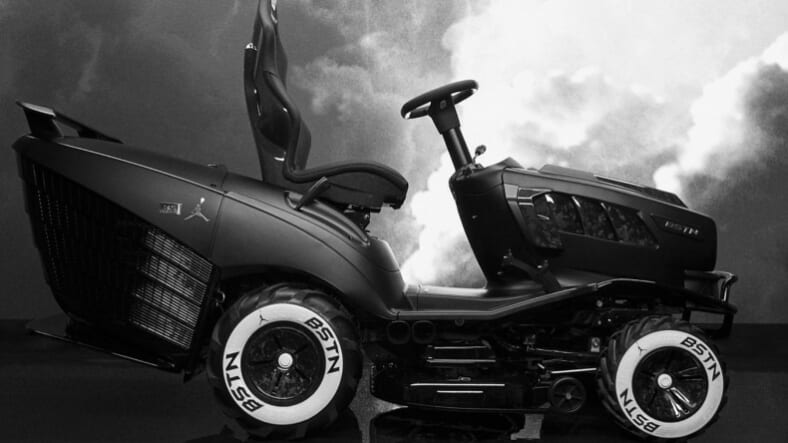 Honda’s 150-mph “Mean Mower V2” is unequivocally the fastest ride-on grass shredder of all time, but what about the coolest?

The choice in vehicle may seem strange—Mansory could have tricked out an S-Class descendent of Michael Jordan’s famous Mercedes-Benz S600. But what only dedicated sneakerheads know is that legendary Nike designer Tinker Hatfield found inspiration for the AJ XI in a lawn mower.

“It was a push mower but it was designed beautifully,” Hatfield said in 2008, per SB Nation. “It really provided some of the inspiration for the Jordan XI because the lawn mower has to be really rugged.”

The custom GT XI is likely even more stunning than the push-behind model Hatfield witnessed, with various custom-made carbon fiber parts, a lavishly designed leather-carbon seat and a leather-carbon steering wheel. A conservative use of silver makes the “Jumpman,” “BSTN” and “Mansory” logos pop. The traditional 25th anniversary color also adorns the the heel lettering and eyelets of the new Air Jordan XI Jubilee.

“Nothing’s more inspiring than the past, except for the future,” Davies says at the ad’s conclusion.