This Might Be One of the First Real Hoverboards 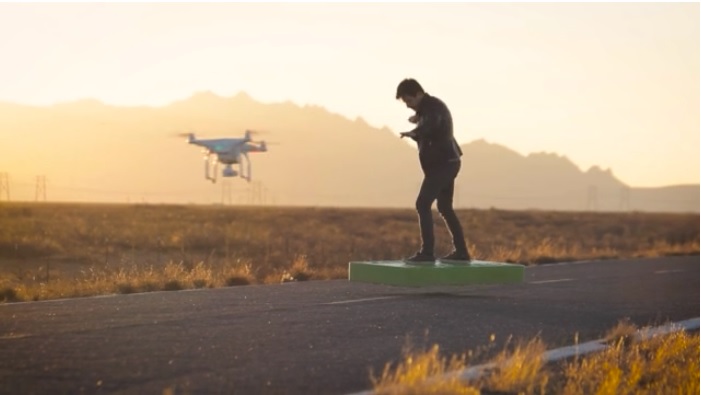 The ‘hoverboard‘—a.k.a. motorized scooters based on Segway technology—is everywhere right now, especially post Christmas unwrapping. It’s having a hard time, too, given possibly hoverboard-linked fires and Christmas morning face-plants. Naturally it’s hard to not feel both intrigued and fatigued when reading about the ArcaBoard, which purports to be the real deal. A board that can, well, hover. Granted, it can’t do it for long.

In fact, the ArcaBoard’s limitations are what argue against it being a hoax, at least according to Gizmag:

To create enough lift, the board is packed with 36 high-power electric ducted fans creating up to 272 horsepower and 430 lb (195 kg) of thrust. The batteries that provide the juice for all that power last a maximum of six minutes on the lightweight version and three minutes on the ArcaBoard designed for heavier riders (. . .) So this isn’t exactly the right vehicle for commuting just yet, especially when you consider that top speed is limited to 20 km/h (12.5 mph).

The promotional video for the ArcaBoard could almost be parody itself, yet it has some pretty arresting images—if you truly want to believe that this kind of science fiction fantasy gear might one day be readily available. The still we captured of a quadcopter trailing an ArcaBoard test run could be the story of aspirational gear in 2015 in a nutshell.

The Making of ArcaBoard from ARCA on Vimeo.

On the home page for the video, the ArcaBoard’s creators state that it will be available sooner than later—April, 2016. That’s when you’ll be able to purchase your own for the low, low price of $19,900.

Is it worth it, to pay compact SUV prices for an actual hoverboard that needs to recharge every six minutes? It looks like it’s just a matter of months before we find out.