Micro LED is on the rise as are innovations like waterproof models for outdoor use. 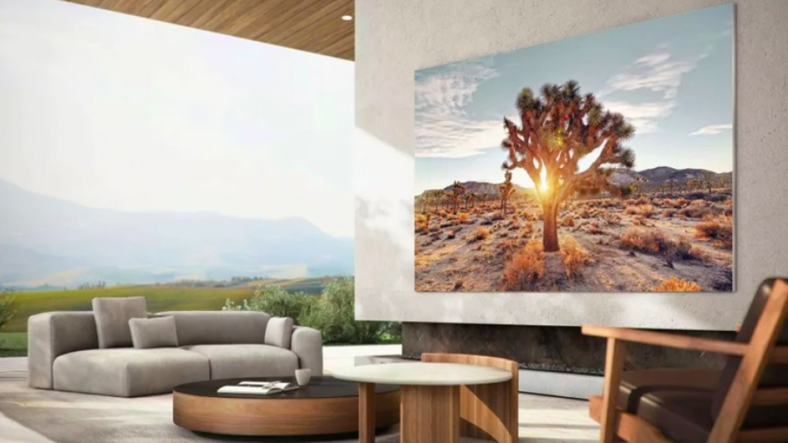 Samsung just had its “Unbox and Discover” media event this week, unveiling a striking new selection of TVs for 2021.

The Korean electronics giant only had MIcro LED in its premium “The Wall” model before—a display that required special assembly. Now it is incorporated the new technology into 110-inch and 99-inch models with 88 inch and 75-inch models to become available later in 2021.

Samsung has been leading the pack with innovations like its waterproof series of Terrace TVs. The company had already 55-inch and 65-inch models available and will add a 75-inch screen size this coming summer.

Back on the LED front, Samsung also revealed new Neo QLED televisions. These incorporate Mini-LED technology, (an efficient method for backlighting a TV screen’s LCD pixels). Mini-LED will come with both 4K and 8K models with size options for the latter ranging from 65 up to 85-inches models and the former available in 55-inch and 85-inch versions.

With its clever series of Frame TVs, Samsung will add storage capacity in 2021’s models, increasing space to 6GB, or up to 1,200 images in ultra-HD. Frame TVs are now all uniformly a mere 24.9mm thick as well. Add in a new “My Shelf” accessory and hanging frames will become a breeze.

Watch the presentation video above for the full low-down or check out Samsung’s comprehensive news release at news.samsung.com.