Check out the unlikely list of foods that’ll make her weak in the knees. 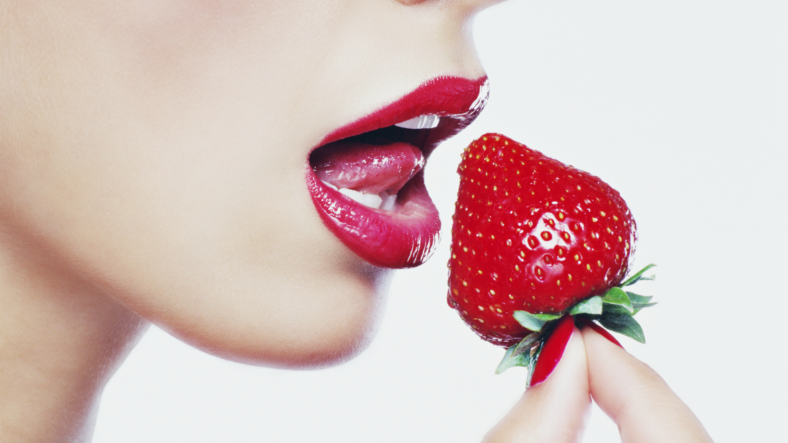 According to a new survey from Zoosk of 7,000 singles and an analysis of over four million dating app profiles, it turns out your food preferences can actually make or break your chances of landing a hottie, because some foods are just sexier than others.

Apparently, when you simply mention food without specifications in your dating profile, more women will respond to your messages, but more importantly, the study found that any mention of guacamole will bring about a 144 percent increase in messages. Huh. Interesting.

Seeing as how millennials are quite literally obsessed with avocados, this isn’t terribly surprising, and I have a feeling that if you write “I’ll buy you guac at Chipotle” in your bio, you’ll get so. many. matches. But that’s just my personal theory.

Moving on, the study discovered that women not only love avocados, but they also looove potatoes, because mentioning potatoes increases messages by 101 percent, and any mention of chocolate sees a 100 percent increase.

Dating and relationship coach Deanna Cobden told Playboy that you shouldn’t underestimate the power of food when it comes to dating, because food preferences can say a lot about someone. “This kind of information can reveal a lot about a person, such as their lifestyle, healthiness and whether they’re adventurous, fun, sophisticated and so on,” she says.

That said, if you like avocados, potatoes, or chocolate, you might want to consider bringing it up, because it just might get you a date. In fact, using the word “foodie” will get you 82 percent more messages, but please, use the word wisely, because that word is known to be quite irritating and pretentious if used carelessly.

Moreover, if you like to cook, talk about that as well, because that’ll get you 26 percent more messages…but I repeat: speak wisely, because not all foods yield the same results.

For instance, the mention of yams was found to decrease messages by 70 percent, and talking about fried chicken decreases messages by 15 percent. Why? I don’t know. Probably because the word “yam” is slightly unsettling, but I’m not sure why fried chicken is negative. I thought everyone liked fried chicken.

The study also revealed that 10 percent of women agree that going to a fast food restaurant on the first date is an immediate deal breaker, but sushi dates are A-OK, because sushi is fun, sophisticated, and raw.

“What women want and what they’re settling for is part of this dynamic, many women lower their standards and are settling for Netflix and chill or booty calls that they think are going to end up going somewhere, but usually don’t,” Cobden says.

“They really want is to feel loved and adored and have a man put an effort into them. Not to say there aren’t good men out there, because there, but it’s up to women to let him know what she wants so he can step up.”

Here’s another fun fact: 34 percent of singles said dessert is one of the sexiest things you can order on a date, followed by wine and cheese, ice cream, oysters, and fondue. And the least sexy thing to eat on a date? Chicken wings.

As much as I hate to admit it, it’s not the hottest thing in the world to see the person you’re about to hook up with for the first time tear into a chicken wing, the sauce running down his fingers and smeared around his mouth. It’s all fine and dandy after a few dates, but maybe you should hold off on the wings on the first date.