Take a hit then hit the gym. 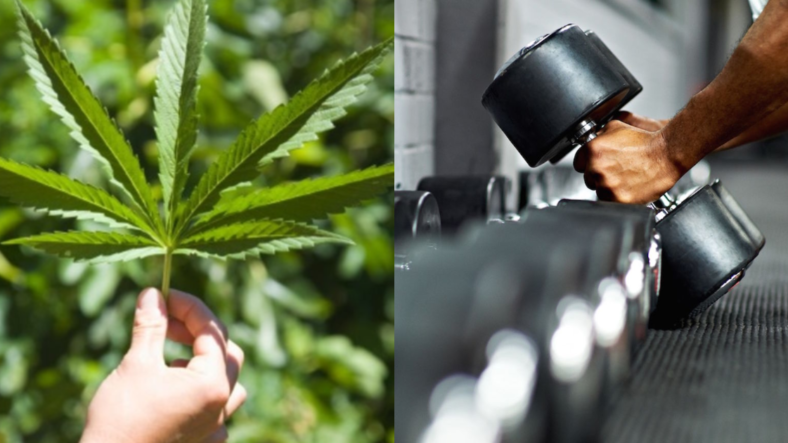 According to author Josiah Hesse, getting stoned might just be one way to encourage some folks to exercise on a regular basis. Why? Because weed tends to work hand in hand with the body’s own reward system, ultimately making exercise more fun.

That’s the premise behind Hesse’s new book, Runner’s High. In an interview with Insider about his new work (he also talks about it in the video above of an interview with Runners Connect), Hesse made a solid case for doing something that you’d normally think might be way too intense when you’ve got a buzz on:

Hesse told Insider that reluctance to exercise can be linked to stereotypes that working out needs to be uncomfortable, intense, or time-consuming to be effective. Some of the most successful athletes in the world, he said, are people who enjoy moving their bodies, often with a little help from THC to boost the good vibes.

It does seem contrary to good sense to anyone who has ever lit up or gobbled an edible to unwind at the end of the day—while some strains promote mentally energizing effects, cannabis has never been known for its physically empowering abilities—unless you consider a really good night’s sleep physically empowering.

In his Insider interview, Hesse focused on the way cannabis can aid in changing perspective, saying, “People have a toxic image in their head of what exercise is, what people who exercise look like, and see it as a chore. Cannabis helps with that.”

Hesse’s argument is grounded in common sense, as he embraces exactly what we know cannabis can do for some. Basically, Runner’s High is about positive reinforcement as much as anything.

However, cannabis won’t automatically make you an athlete, Hesse said. Its potential lies in increasing your enjoyment of exercise, which evidence suggests will make you more likely to work out.“When you look at your running shoes, you’ll think of your last experience. If it was positive and you enjoyed it, you’re more likely to do it again.” he said.

One big caveat: most medical advice on this subject seems to agree it’s a bad idea to blow through a lid of pot then try to do a half-marathon-length training run. The key is moderation. Start with just a 5mg edible, perhaps—something that doesn’t send you straight to the bed to chill with a 5-hour compilation of new age music and night noises—and relatively calm activity, like Pilates or yoga.

If Hesse is right, cannabis could aid a lot of people who are still recovering from memories of hated gym classes or brutal 2-a-days when playing on a team in high school by rewiring how they view the experience of exercise, turning it from an easily-resented act of drudgery to something uplifting and fun.

Even better, you can call whatever you eat after a run or workout “recovery” rather than “having the munchies.”