The unnamed winner will pay approximately $2.7 million for each minute spent in space. 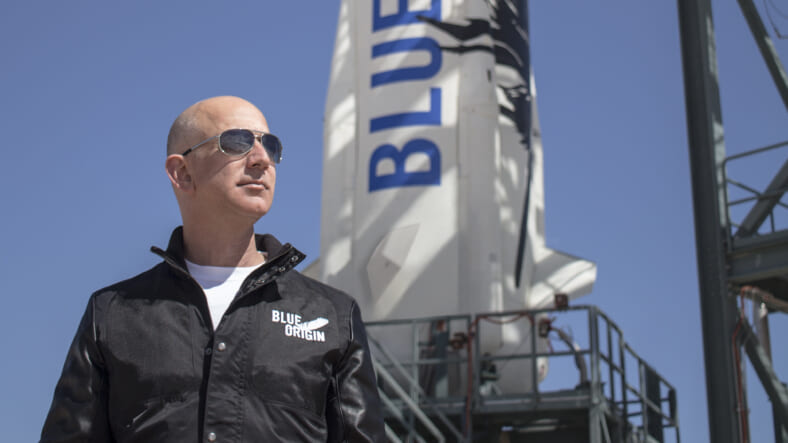 We don’t know the name of the person who won Jeff Bezos’s auction for a seat on the Amazon mogul’s Blue Origin space capsule when it takes off in July 2021.

We do know they are willing to pony up nearly $3 million a minute for the privilege of riding with Bezos and his brother Mark to the very edge of space.

The name of the auction winner will be released in the weeks following the auction’s conclusion. Then, the fourth and final crew member will be announced – stay tuned.

The money doesn’t go directly into Bezos’s pocket of course (as a billionaire he’s probably got $28 million between his sofa cushions) but to his Club For the Future, a foundation which seeks “to inspire future generations to pursue careers in STEM and to help invent the future of life in space.”

The auction streamed online Saturday. Bidding began at $4.8 million, quickly shot up to $10 million, then doubled to $20 million.

Stoked by auctioneer Steve Little with statements like, “Realize the more you pay for it, the more you enjoy it,” it took just under six minutes to top out at $28 million. That’s just over half the amount of time the flight is expected to last — 11 minutes.

The New York Post reports that almost “7,600 people from 159 countries registered to take part in the auction for a seat on the spacecraft, named ‘New Shepard.'”

While there are six seats on New Shepard, there will only be four passengers on the first flight, which is expected to top out at 60 miles above the Earth’s surface, the exact point where most astronomers agree the planet’s atmosphere essentially ends and space begins. Along with the mysterious top bidder and the Bezos brothers, the fourth crew member remains a mystery, one that Blue Origin tweeted will be solved when they announce the name prior to launch.

Jeff and Mark Bezos along with two other lucky passengers will take off for the first crewed New Shepard flight on July 20, 2021.