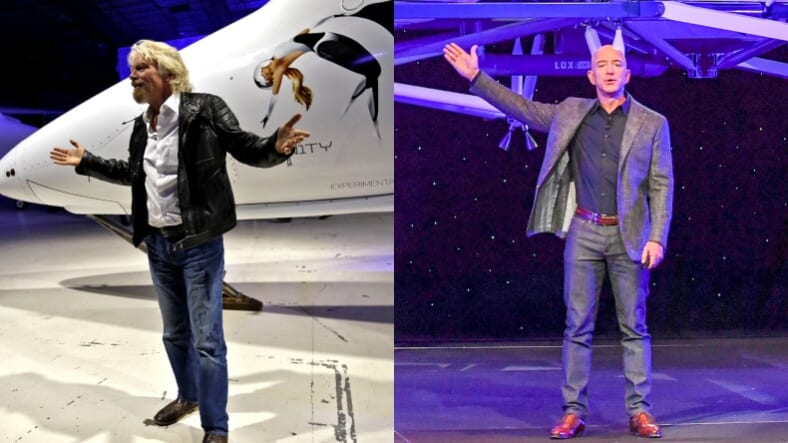 Much like the United States and the Soviet Union once vied for space launch supremacy, billionaires Richard Branson of Virgin Galactic and Jeff Bezos of Blue Origin are now trying to become the first megarich mogul to rocket out of Earth’s atmosphere. And, at least for now, Branson appears to have the upper hand.

According to a report on the space blog Parabolic Arc that was picked up by The London Sun, “Virgin Galactic is working on a plan to send Branson on a suborbital flight aboard the VSS Unity SpaceShipTwo rocket plane over the July 4 holiday weekend.”

That would put Branson in space 16 days ahead of Bezos, who recently announced that he’ll shoot to the very edge of space aboard Blue Origin’s six-seat New Shepard capsule on July 20.

When asked about the report, Virgin Galactic told Ars Technica, “We are in the process of analyzing the data from our successful May 22nd flight. As previously announced, we expect to complete the final test flights this summer through to early fall. At this time, we have not determined the date of our next flight.”

VSS Unity SpaceShipTwo carried out successful tests in 2018, 2019 and 2021 in pursuit of eventually offering space tourism to civilians.