Why E-Cigs Are Now Officially Banned on U.S. Flights

Just in case what constitutes “smoking” on planes was hazy. 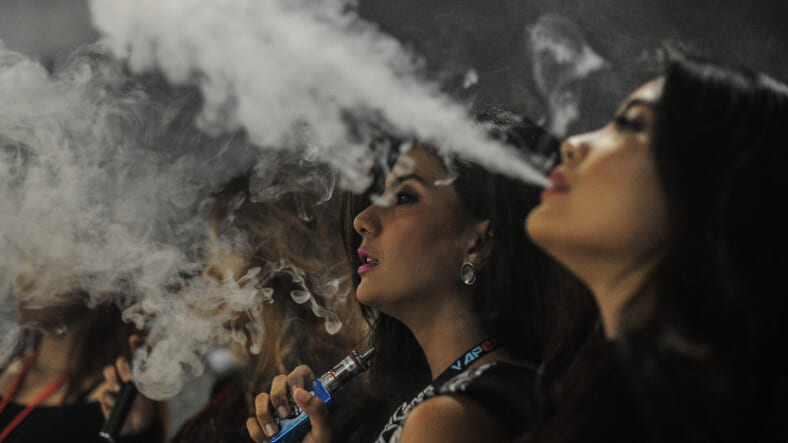 Today, U.S. Transportation Secretary Anthony Foxx officially cleared the air by announcing a final rule that explicitly bans the use of electronic cigarettes on any commercial or charter airplane flights (that require a flight attendant) to, from, and throughout the United States.WhyOddly, nowhere in the 51-page document does it mention the devices’ potential to explode as cause for concern. The main aim is to proactively prevent crew members and passengers—especially those at risk, such as children, older folks, and those with breathing problems—from inhaling potentially hazardous VOCs in the e-cigs’ aerosol discharge.What’s the DifferenceThey feel it’s safer to specifically ban these new forms—even though they were technically covered by previously established laws—to avoid any traveler or crew confusion. In other words, it’s not about whether the process involves a combustible on one end or smoke (as opposed to water vapor) on the other. The action’s similar, whether the device looks like a cig, pen, phone, or whatever.The Bottom LineUntil scientifically proven otherwise, it’s just simpler to be restrictive of the minority than offensive to the majority.But wait, will this ban also hold firm for the autonomous drone taxis of the future? Stay tuned for more on this legislative dilemma as details unfold.