Take a wild guess which truck came out on top. 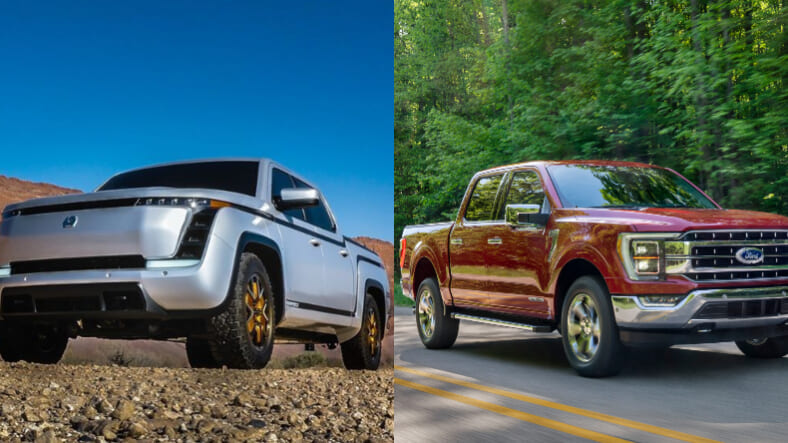 Lordstown Motor’s Endurance electric pickup has consistently targeted the mid-trimmed Ford F-150 Lariat on paper, and now the EV upstart has unveiled a physical head-to-head test in the form of good old-fashioned tug of war. Given that this is Lordtown’s video, you can probably guess which truck ended up pulling which.

“With both trucks positioned in 4-wheel drive and traction control turned off, the match highlights the Endurance’s superior traction – a result of its revolutionary use of in-wheel hub motors – and proves it has the power and functionality to match the top trucks in its class, with improved performance, efficiency and safety,” the video’s description reads.

It’s really nothing more than a promotional stunt, and should be treated as such. Elektrek points out that the showcase is more of a a fun, unscientific display of traction on wet grass with unknown tire pressures and weight distributions than evidence the Endurance’s performance superiority. Plus, the video pitted a prototype Endurance against a stock 2019 Ford F-150 Lariat EcoBoost.

When the Endurance arrives, it’ll retail around $45,000 after a federal tax credit, which is nearly identical to the 2021 Ford F-150’s $44,695 price tag when specced with the 2.7-liter EcoBoost V6 producing 350-horsepower. By comparison, the Endurance’s unofficial output is 600 horsepower, but we’ll know more when it’s fully unveiled.