“You’re ducking me because you don’t wanna lose to a f—ing YouTuber.” 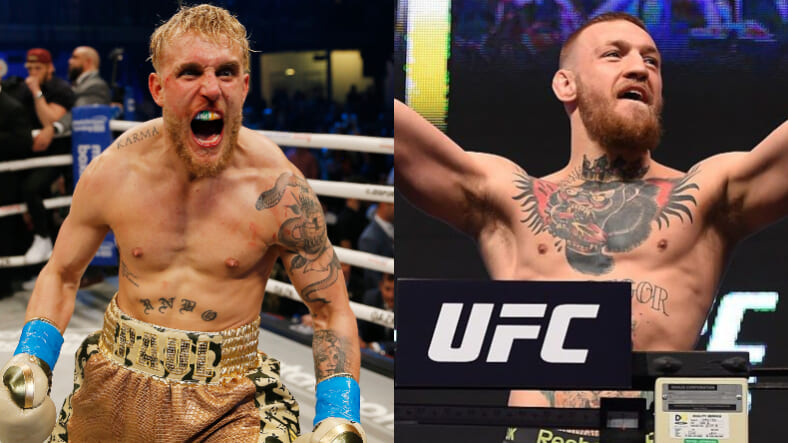 Jake Paul wants to go from boxing an ex-NBA player to taking on Conor McGregor.

“What the f–k is up, you Irish c–t? My team sent you a 50 million dollar offer this morning. Fifty million dollars cash, proof of funds, the biggest fight offer you’ve ever been offered,” Paul said while clutching a cigar and whiskey glass.

The younger Paul previously told TMZ he was in communication with McGregor’s camp to make the fight. UFC president Dana White said there was “zero chance” it would happen, adding that he’ll let “Amanda Nunes knock his ass out.” Paul addressed that quote, too:

McGregor is set to return from retirement in a rematch with Dustin Poirier at UFC 257 on January 23, and he hasn’t responded to Paul’s callout. However, Nate Diaz—another one of McGregor’s rivals—did respond.

“Jake Paul u need your ass beat for free,” the UFC vet tweeted. “U can’t really fight dumbshit your gonna end up with your ass whooped for real.”

When Paul retorted with “You saw what happened to the other Nate,” Diaz called for Logan to talk some sense into Jake.

@LoganPaul check this little ho bitch before someone does

Whether or not McGregor actually takes the bit is up for debate, but plenty of Paul’s detractors would undoubtedly love to see him get destroyed in the boxing ring.