It was a year of DM-sliding, stadium sex, and one booty-filled music video. 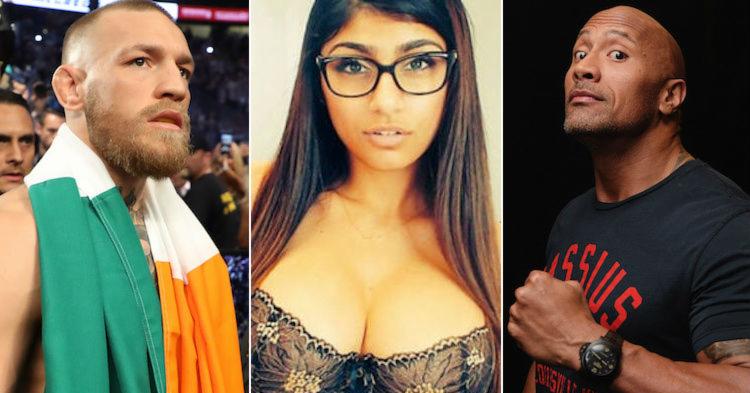 Can you imagine February without Valentine’s Day? July without Independence Day? October without Halloween? That’s what December would be like without blogs rounding up good posts from the preceding 12 months.

So here it is, a list of Maxim’s favorite sports stories of 2017. With any luck, we’ll have just as much idiocy to write about in 2018.

We might have forgotten about this sweet little romance from February if we hadn’t just learned that Bouchard and Twitter kid were still canoodling on the couch. We are so proud.

2. The Rock Has Finally Revealed Why He Flopped Around Like A Fish After Stone Cold’s Stunners

The best wrestling story of the year didn’t happen in the ring—it happened on a podcast.

3. Multiple Reports Of In-stadium Sex At Buffalo Bills Game Confirms That They Have NFL’s Wildest Fans

Bills fans are the craziest bunch of maniacs in the country. We’ve seen them do plenty of nonsense in and around New Era Field, but the public hummer we saw in September is an all-timer.

It was a wild year for Tiger Woods, who underwent his fourth back surgery and was busted asleep at the wheel with more pills in him than a 90-year-old’s medicine cabinet. But now he’s back and we’re happy for the guy.

5. Mayweather Vs. McGregor Ends In A Technical Knockout As Floyd Mayweather Defeats Conor McGregor In 10 Rounds

After months of saying it would never happen, we were proven wrong when Conor McGregor and Floyd Mayweather really did fight. But at least we were right about how it would end.

When Chandler Parsons is out of the NBA, and that might be sooner rather than later for the oft-injured forward, he’ll stay busy chasing tail.

There was a time earlier this year when we though The Nature Boy might not make it to 2018. Now that we know he will, let’s laugh once again at this outrageous claim.

8. Mia Khalifa Is Absolutely Roasting Tim Tebow For Eating Guac With A Spoon

We covered Mia a lot this year, but at no point did the stars align for a headline, and story, quite as stupid as the one above. That’s why we love it.

A lot of people dunked on Lavar Ball in 2017, the year he entered and exited (we can hope!) the public consciousness. No one did it better than His Airness.

Now that the end of the year is hear, we’d like to amend this headline. it should now read, “Gronk’s Cleavage And Booty-Filled Music Video Is Definitely The Gronkiest Thing You’ll See All Year.”