Check out this teaser for “Chuck & Tito,” a fascinating documentary about the bad blood between the UFC’s first superstars. 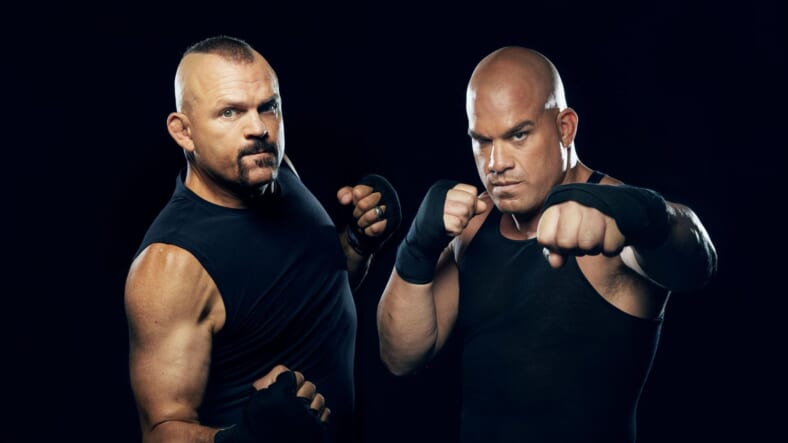 ESPN’s 30 for 30 series is grappling with MMA for the very first time with a documentary about the nasty rivalry between UFC legends Chuck Liddell and Tito Ortiz.

In the Chuck & Tito trailer below, UFC President Dana White sets the tone right from the beginning: “What you really need to sell a fight is conflict. And there was nothing but conflict between me, Tito and Chuck.”

Directed by Micah Brown (Prison Fighters: 5 Rounds to Freedom), Chuck & Tito follows the deterioration of the onetime SoCal teammates’ friendship into an epic, three-fight struggle that kicked off with their first battle for the UFC’s light heavyweight title.

MMA fans will be riveted by how the doc covers the origins of the UFC and the evolution of the Ortiz/Liddell beef, while touching on side drama like Ortiz’s rocky marriage to Jenna Jameson and his personal animus with White. There’s also the somewhat sad spectacle of their third fight, orchestrated by Golden Boy promoter Oscar De La Hoya last year when both men were considerably past their prime.

“As individuals, Chuck and Tito each took turns being the face of the UFC,” said director Micah Brown. “As rivals, they were the most lucrative matchup in MMA history at that time.”

“This film is important not only to celebrate their tremendous careers, but also to explore the psychology behind why fighters fight, and how those contrasting perspectives impacted them as individuals. And, more than that, Chuck & Tito is about identity, friendship, and the cost of chasing your dream.”

It premieres Tuesday, October 15 on ESPN before joining the 30 for 30 library on ESPN+ on October 18, the same day as UFC Fight Night: Reyes vs. Weidman on ESPN 2.