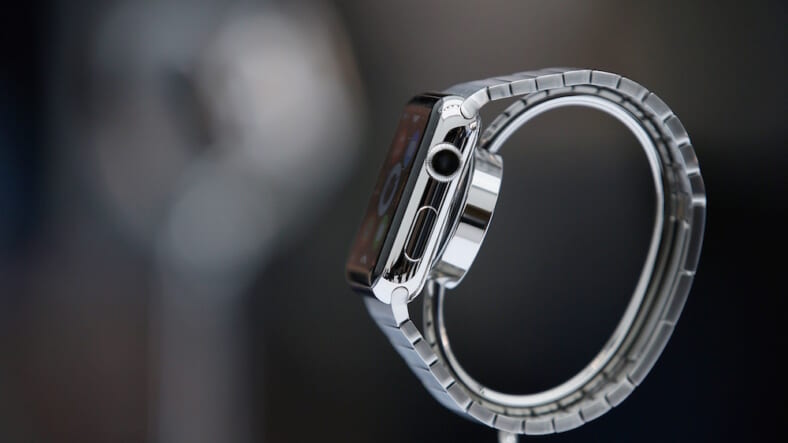 Luxury watchmakers can claim for days that they have no fear of the Apple Watch. They say we’ll only be momentarily distracted by its hyper-connected splendor and then revert back to timeless, mechanical fare. But a new report is sure to raise a few eyebrows.

The Apple Watch was just announced as the world’s most popular luxury watchmaker. This means that is has—for now—trumped stiff Swiss competition from the likes of Rolex and Tag Heuer.

But it really depends on how you define popularity. This particular report, from the analytics firm NetBase, tallied mentions of luxury brands across social media, with most of them being made on Twitter. In all, it looked at mentions from a total of 700 million posts from 2014 to 2015, although all of these people could have just been ragging on Apple’s newly-minted smart watch.

Although Apple was not the world’s most talked-about luxury brand in general (That honor goes to Chanel), it did own watch competition. The Apple Watch came in 13th place, Rolex in 14th, and Tag Heuer in 26th.

While it’s nice to see some disruption from Cupertino, European brands, as a whole, still eclipse American ware. The top three global luxury brands all hail from Western Europe: Chanel from France, Gucci from Italy, and Hermes from France. Apple Inc. as a whole did come in an impressive fourth place, nonetheless.

We can’t yet say whether the Apple Watch is just another fad. Either it’s the talk of the town or a social media laughing stock. Only time will tell.