A pair of “Bio-Acetate” frames arrive as the latest in the “Circles” hitmaker and eyewear brand’s Design Series. 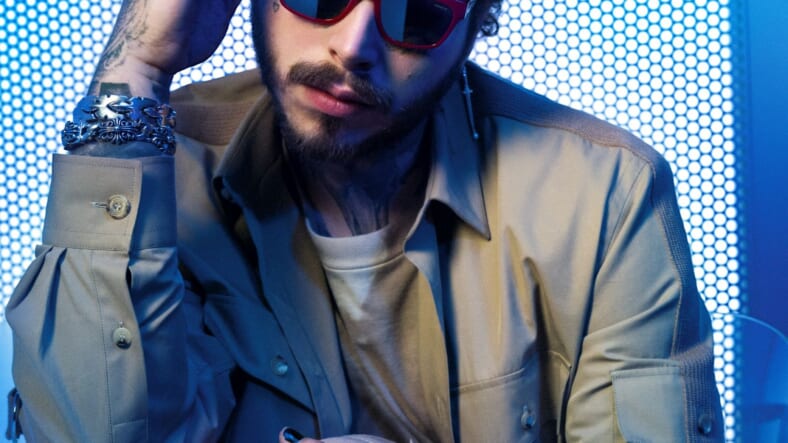 Post Malone and Arnette’s eyewear collaboration continues with the launch of the Bio-Acetate Collection.

Arnette’s Kokoro silhouette also gets a Post-approved update with either striped or transparent tones, more crystal-layer temples, and a laser-pattern core-wire.

Both feature frames made from bio-acetate—a material that’s smoother than traditional acetate but composed largely of renewable resources in an effort reduce harmful emissions. The lenses are made from a polyamide that gets 39 percent of their base molecules from castor oil. Some form of eco-friendly packaging is also promised, although no additional art or details were provided.

The shady collab first launched with a 1990s-style circular metal frames, a pair made from “sustainable bioplastic,” and a more sophisticated clip-on design. It’s one of many buzzy projects we’ve seen from the genre-blending artist, including his wildly successful Maison No. 9 French rosé wine label and an upcoming organized beer pong league.