Featuring Halo Infinite, Fable, and Forza Motorsport, as well as new titles like CrossfireX and Avowed. 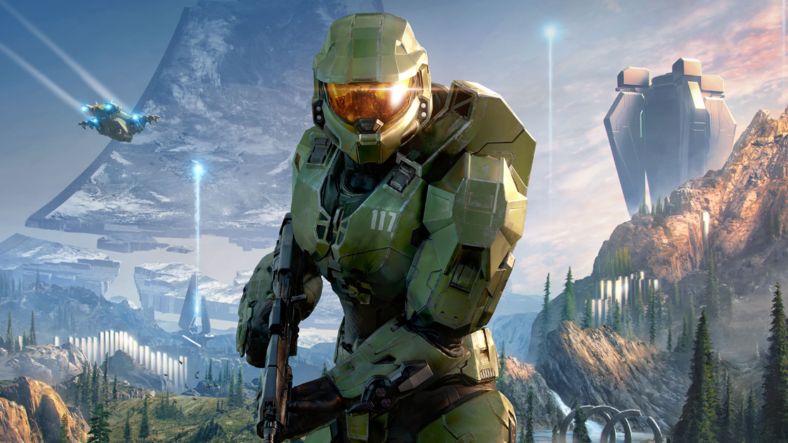 The Xbox Series X is set to be Microsoft’s most powerful console ever. Slated for a late 2020 release, the exact price and launch date of the Series X remains a mystery. But what has been revealed by Xbox are the games that will take advantage of the new console’s extra power. Here are the trailers for the most notable games Microsoft unveiled and detailed in the Xbox Series X Games Showcase.

You can’t have an Xbox launch without Halo. Microsoft teased Halo Infinite as far back as E3 2018 but today they released a full-fledged video of campaign gameplay so fans have an idea of what’s next for Master Chief and crew. With the return of enemies from the original trilogy, Halo Infinite seems destined to bring the nostalgia of the original to an entirely new generation of Xbox fans.

Now that everyone has played Skyrim to the point of boredom and with the next Elder Scrolls likely years away, Avowed looks to be the game that will scratch the fantasy RPG itch for many people. Obsidian Entertainment has a trustworthy pedigree and the trailer is putting the hype train into high gear for those in search of a little magic in their lives.

It has literally been years since Fable was announced (and then ignored by Microsoft) but here it is and it looks fantastic. Sure, it might be a little disappointing that proper gameplay wasn’t shown but, at this point, even a trailer was a huge, welcome surprise for the faithful that have been patiently waiting for Fable’s fantastic creatures and jaw-dropping scenery.

The premiere Xbox racing sim is being rebuilt from the ground up to take advantage of the Series X’s additional horsepower. The next Forza was announced during the showcase as “in-development” so there’s a chance it won’t actually be a launch title this year but that could end up being a game time decision. What seems an absolute certainty is the fact that racing enthusiasts will be piling up their supercars in the first corner – in stunning 4k 60fps – the moment Xbox unleashes their next-gen Forza game.

Judging solely from the trailer, it appears that the State of Decay franchise has grown up significantly. With a world that’s much wider and deeper and graphics that are lightyears ahead of its predecessors, State of Decay 3 has the potential to be a genre-defining survival RPG and a premiere experience of the Xbox Series X.

Off-beat and irreverent, there’s little doubt that Psychonauts 2 will be a platformer on an acid trip. In fact, the trailer looks so good, it might even be worth revisiting the original just to get pumped up for the sequel. Having Jack Black turn up for voiceover work certainly doesn’t hurt either.

There’s no denying that Rare knows how to create games with style and the golden good looks of Everwild looks like another triumph for the studio’s design team. That said, no one seems to have any idea what the hell this game is about or what kind of gameplay it features. It’s a game to keep an eye on because there’s a good chance it’ll end up being more than just a pretty face.

One of the most promising shooters to be revealed for the Xbox Series X, CrossfireX doesn’t skimp on the ultra-realistic, ultra-violent action that was conspicuously absent from Sony’s PS5 Game Showcase a few weeks ago. There’s little doubt that both consoles will have plenty of FPS fun to offer but it’s good to see something ambitious and new for the Series X right out of the gate.

After a somewhat uninspired start for the franchise, Watchdogs 2 more than redeemed the hacker/hunter gameplay in most gamers’ eyes. Now the series appears to be ready to push the envelope further into the insane and over-the-top with a third entry, Watchdogs: Legions. What better way to up the ante in an open-world adventure game than double-tasers to the face?

Ominous and trippy, The Medium: Dual Realities was the mindfuck of the showcase, showing off polished gameplay that’s as likely to captivate an audience as it is to make them afraid to play the game after dark. It’s a new IP that’s said to only be possible by leveraging the Xbox Series X’s processing might. That makes sense since the game will use two different world’s to absolutely scare the shit out of players.

Serving more as a reminder that the Xbox Series X is embracing backward compatibility, Destiny 2 turning up in the showcase as a Game Pass addition may not have blown socks off but did put minds at ease for those planning on taking the plunge on the Series X. This is a big point for Xbox in the run up to launch. All these new games may be incoming but between the awesome collection of Game Pass games and the porting forward of the games people have already purchased on the Xbox One, the Series X is going to lengths to make sure there’s no shortage of titles right out of the box. And if Destiny 2 on Game Pass is a sign of Bungie (the studio behind the original Halo trilogy) coming home, all the better.