And his WWE champion daughter Charlotte will be a part of it. 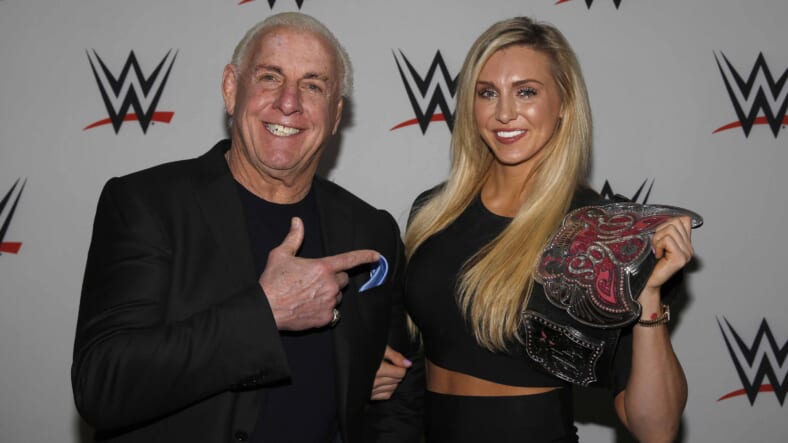 The always-entertaining and sometimes unhinged old-school wrestling legend Ric Flair will be profiled in an upcoming documentary on ESPN’s acclaimed 30 for 30 series.

The project, directed by Rory Karpf, has been underway for some time and is reportedly in the editing stages.

“In the wrestling world, the viewer isn’t sure what’s real or what isn’t, but ‘Nature Boy’–Ric Flair wasn’t just a character,” Karpf told Sports Illustrated. “He was real. The wrestler he portrayed in the ring was also the man he was outside the ring. I found that to be fascinating. He’s led a crazy life that’s a natural for a 30 for 30. Plus I just love pro wrestling.”

Flair began a successful wrestling career in the early 1970s before a tragic plane crash in 1975 that killed the pilot and seriously injured others on board. Flair was so badly injured that he was told he would never wrestle again, but submitted to grueling physical therapy in order to get back to his fighting weight. The flaxen-haired Flair evolved his wrestling style because of the injury, which led to the nickname “Nature Boy”, and made him a star through the 1980s.

Flair remained a dominant force in professional wrestling for decades, frequently switching leagues and engaging in public feuds. He is currently a wrestling manager and remains under contract with WWE. The upcoming documentary will include interviews with his four children, including his daughter Charlotte, the current WWE women’s champion.

The news comes on the heels of a planned biopic about Flair’s fellow ’80s wrestling icon, Andre the Giant.