20 Things We Should Have Learned in Sex Ed, According to Reddit

Thank god for the internet. 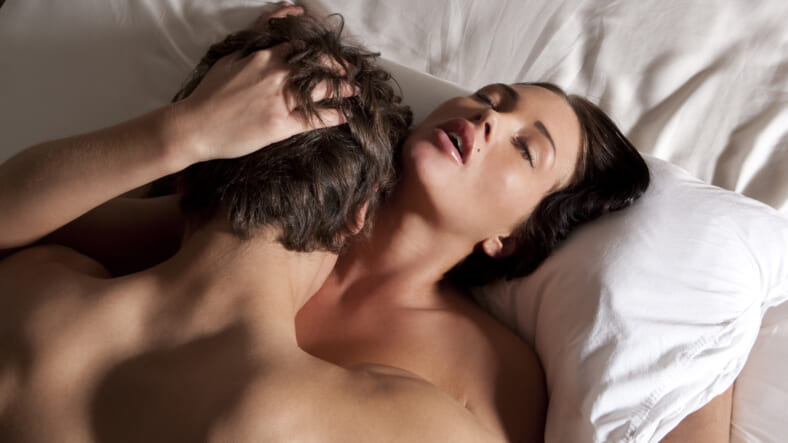 In middle and high schools across America, many young students are lucky enough to receive basic sex education, where they learn the ins and outs of intercourse (pun intended), how to put a condom on a banana, and some fundamental facts about STDs.

In a lot of schools, however, the information is either incomplete and/or completely and ridiculously inaccurate. This is actually a huge problem, and only 13 states in the U.S. require sexual education to be medically accurate. For instance, my school’s sex ed instructor basically told us we’d be damned and worthless if we had sex before marriage, and that was it. Very problematic, as you can imagine.

But even in less extreme cases, 99 percent of us aren’t taught some of the most important things about sex, which is why a Reddit user started an askreddit thread titled: What are some things that we aren’t taught in sex ed that we should all probably learn about?

And from the staggering 2209 comments, I hand-picked the 20 best pieces of advice, and compiled them into this handy list so we can all read and learn, because knowledge is power and sex is fun.

1. “Pullout game is a myth.”–rustiesbagel

2. “For women and men: Go pee after sex. This is never taught and its so important.

“Overall it seems that there is not a 100% guarantee that this will prevent a UTI, however all studies agree that this is a good habit to have because even if you do not get a UTI, bacteria and what not do get up there and you should evacuate it. I believe the best way to look at this is better be safe then sorry.”–ToxicLuv

3. “That there’s nothing wrong with needing lube. I mean sometimes us girls want to have sex but our vaginas aren’t totally cooperating in the lubrication department so they need a little extra help. Nothing to be embarrassed about. Lube usage should totally be taught.

Researchers from the Harvard T.H. Chan School of Public Health found that not ejaculating regularly causes the fluid in your prostate to become stagnant and full of unsavory viruses and bacteria, which can lead to serious health problems like cancer, which is obviously very bad.

So go ahead. Rub one out.

6. “75% of women do not climax from penetration alone.”–effieokay

7. “Taking time to warm up and stimulate one another is both good bonding and can help make the act more enjoyable.”–mattyisphtty

8. “That the act of sex, and the hormones released, are the reasons we feel close to the people we’re with, and that one shouldn’t make too many long term or important decisions based on those feelings. Not for a while anyway.”–CuriousShelly

9. “For girls especially to speak up about what they do and don’t like. You deserve to have just as good of a sexual experience as him. You don’t like swallowing? That’s okay! That position with your legs in the air is actually hurting your neck and not fun for you? Speak up! Saying no to something doesn’t make you a prude or no fun.”–Brontosaurusus86

10. “Hygiene. Guys wash your hands. Both of you, brush your teeth before oral.”–nikkiface89

11. “That if you’re asked to wear a condom, it’s not a thing you can negotiate. They asked you to wear a condom and taking it off during sex can get you in trouble; they didn’t consent to sex without a condom.

“Also, there was a test done with Trojan XL condoms: It can fit around a whole basketball, gents. Saying your condoms don’t fit is a bullshit excuse.”–thankstyler

14. “The different types of lube and which to use with condoms.”–zao007

To elaborate, you should never use oil-based lubes with condoms, because it can cause the condom to break. Only silicone and water-based lubes are compatible with condoms!

15. “Please make sure to wash your hands, face, or genitals if you are going to be using them / putting them in anywhere to avoid infections! Hygiene is important.”–minaj_a_twat

16. “How to take birth control pills properly. The number of my college friends who would do nothing when they missed a pill blew my mind.”–bri_like_the_chz

17. “The annual cost of supporting one child from ages 1 to 18.”–lazlounderhill

18. “The clitoris is like an eyeball, don’t go rubbin’ on it when it’s dry.”–CaffeineAddict88

20. “Do not ever ever ever ever go from A to V. Don’t lick, finger, penetrate, whatever, a b-hole and then stick the same unclean device, be it a tongue, a toy, a finger or a penis, into your v-hole. Infection waiting to happen. Real life ain’t porn!”–fatbabyotters_